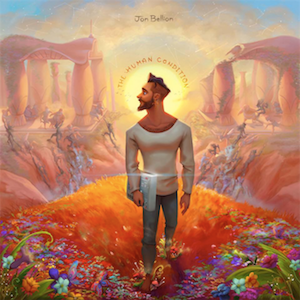 "The Human Condition"
by Meanings of Life
"Man remains largely unknown of himself. What are we, in our innermost recesses, behind our names and our conventional opinions? What are we behind the things we do in our lives, behind what we see in others and what others see in us, or even behind things science says we are? Is man the crazy being about whom Carl Gustav Jung spoke ironically, when he demanded a man to treat? Is man the Dr. Jerkyll that contains in himself a criminal Mister Hyde, and more than a personality, and contradictory feelings?
Are we the result of our dreams, as Prospero, in the Shakespeare’s “The Tempest” asked? Are we able to raise our nature and become the dignified beings evoked by Pico de la Mirandola (It’s the seeds a man cultivates that "will mature and bear fruit in him. If vegetative, he will become a plant; if sensual, he will become brutish; if rational, he will reveal himself a heavenly being; if intellectual, he will be an angel and the son of God")?
Almost two centuries ago, Spencer characterized the contradictory features of natives from the African east coast: "He has at the same time good character and hard heart; he is a fighter, conscientious, good in a precise moment, and cruel, pitiless and violent in the other; superstitious and rudely irreligious; brave and pusillanimous, servile and dominator, stubborn and at the same time fickle, relied to honor views, but without signs of honesty, niggard and economical, but careless and improvident".
It’s probably a good definition of a certain primitive man, to whom we are undoubtedly connected. But we are also cultural and ethic beings. We are able to change our values and behaviors. As William James says, human beings can change their lives through their mental attitudes. We can grow ethically. We can dominate part of our own instincts. And that’s why we can be different from the indigenous African described by Spencer. More: our thought dignifies us ("All the dignity of man consists in thought", says Blaise Pascal). We are, in many senses, the conscience of the Universe, and its utmost elaborated product. As Edgar Morin says, "in the core of our singularity, we carry not only all the humanity, all the life, but also all the cosmos, including its mystery, present in the heart of our beings".
We are creators, creator beings, and, in a sense, we can create, or recreate ourselves. All goes through our mind. It is our mind that constructs our truths and errors, and also the most sublime things in the Universe. And yet evil and stupidity exist in us. Sometimes we fall, we are stroked, and life reveals its cruelty, and we may think as Mark Twain, and say that it was a pity that Noah had arrived late to the ark. In our innermost recesses, there is also the cruelty and the inhumanity of life. Charles Darwin showed that we are descendants of inferior life forms: we have been long ago a "bush and a bird, and a fish silently swimming in the waters", to use the poetic terms used by Empedocles in its "Purifications."
From a genetic and evolutionist point of view, we contain in us the survival reflexes and the aggressiveness of the life forms that preceded us: "All that threatened the cave man - dangers, darkness, famine, thirst, ghosts, demons – all has passed to the interior of our souls, all troubles us, grieves us, threatens us from inside." (Morin). Besides, we are also beings that can differ significantly from each other. We are equal, but also different. "The awake involve a common world, but dreams deviate each one to its own world," Heraclites rather enigmatically declares. He thought we can’t help sleeping and living in illusory worlds, even when awake.
For all these reasons, Blaise Pascal’s celebrated definition of the human being, despite the hard language, not exactly agreeable to our ears, is undoubtedly one of the most powerful that can be applied to the rather unknown being that we can’t help being to ourselves: "What a chimera then is man! What a novelty, what a monster, what a chaos, what a contradiction, what a prodigy! Judge of all things, imbecile worm of the earth; depositary of truth, a sink of uncertainty and error; the pride and refuse of the universe! Who will unravel this tangle?"
- http://www.meaningsoflife.com/
Posted by CoyotePrime at 1:28 PM