"The Danger of Forgetting the Lessons of the Past" 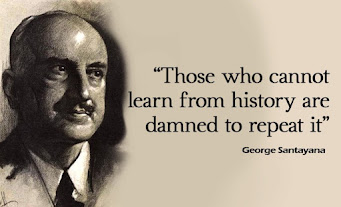 "The Danger of Forgetting the Lessons of the Past"
By Bill Bonner
"We refer to Planet Earth, 2021. It is not even safe for cats! Think of all we’ve discovered. Over many, many centuries… in hundreds of very disturbing and illuminating real-world experiments… and with millions of people suffering lives of poverty and early death to carry them out… we must have learned something.
What exactly? That you can’t get rich by spending more than you earn. That you can’t just “print” fake money without distorting and destroying the real economy. That if you want to be prosperous, you must respect property rights and contracts… and keep taxes, inflation, and government under control…That capitalism – which is really nothing more than accumulated experiments condensed into a vernacular of rules, customs, and institutions – works. Central planning, on the other hand – with major capital allocation and distribution decisions made by people with no “skin in the game” – does not. When you forget these basic lessons, you risk destabilizing your society and setting off a runaway chaos that makes you poorer and less safe.
Painful Lessons: But despite their treasure of experience and insight, people try hard to forget. And in last month’s issue of The Bonner-Denning Letter, our coauthor Dan Denning described a world gripped by a major bout of amnesia. [Paid up Bonner-Denning Letter subscribers can catch up here.  To subscribe, click here.]
It has forgotten where it came from and how it got to where it is. And now, it is condemned to relearn thousands of years’ worth of painful lessons. Its money is fake. Its interest rates are determined by bureaucrats and experts, not by buyers and sellers of credit. Its governments spend far more than they can afford. Its leading economists and politicians live in a fantasy world, where they think they can command markets to do whatever they please. And its world-improvers are bound and determined to remake our whole society according to their own claptrap ideas.
Prepare to suffer! Your earnings (both from selling your time and saving your money) will be repressed, says Dan. Your costs, meanwhile, will rise mercilessly.
Clumsy Ideologues: Want to know what it might be like? Just look at Venezuela. Once the richest people of Latin America, desperate Venezuelans have been reduced to gnawing on cats and dogs, by some accounts. The Miami Herald reports: "In the city’s dump, more evidence of hunger-driven desperation: dismembered dogs, cats, donkeys, horses and pigeons have been found since last year, all skinned or plucked, with signs of having been eaten, according to the city’s garbage teams. “Sometimes we only find the animal’s heads, guts and legs. We used to see this very little in the past, but this practice is now out of control and on the rise,” said Robert Linares, who works in waste disposal at the dump for the city."
And now… despite the compiled wisdom of generations’ worth of trial and error… and the example of Caracas, right in front of our eyes… much of the modern, developed world seems to want to re-run the experiment.
Coming soon, to garbage dumps near you, is more proof of what we know already – that money and economies are too delicate to be manhandled by clumsy ideologues. Yes, we are a long way from feline fricassée in the U.S. But looking ahead, we may want to begin sharing recipes."
- www.rogueeconomics.com
Posted by CoyotePrime at 8:56 AM