"One Lockdown From Disaster" 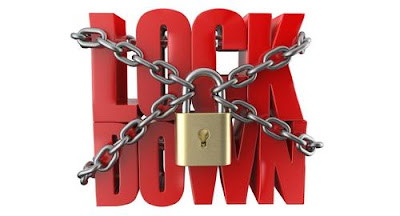 "One Lockdown From Disaster"
by MN Gordon
"The popular economic tune being played by the popular press drones on. You know the melody by now…That the post-pandemic boom is alive and well. That growth is enduring. That blue skies are here to stay. If you listen closely, however, several notes ring sour.
The Commerce Department reported on Thursday that second quarter gross domestic product (GDP) increased at an annualized rate of 6.5 percent. This may sound good, initially. But economists with Dow Jones had estimated an 8.4 percent Q2 GDP increase. Once again, extreme fiscal stimulus, at the expense of a long term debt burden, drifted off key.
The monetary policy refrain was also lacking. This week, at the Federal Open Market Committee meeting press conference, Fed Chair Jay Powell remarked that, “we’re some way away from having had substantial further progress toward the maximum employment goal.”
Thus the Fed will continue to hold the federal funds rate near zero and will continue creating credit from thin air at a rate of $120 billion per month to purchase Treasuries and mortgage backed securities in the amounts of $80 billion and $40 billion, respectively. By now these damaging actions have become exceedingly mindless. The aim for maximum employment will ultimately prove to be a shortsighted calamity.
If the economy was really strengthening, the Fed would be tapering back these security purchases and even normalizing its balance sheet. At the very least, it would be talking about tapering. But the economy’s not really strengthening at all. Rather, the economy and financial markets, handicapped by extreme intervention, are entirely dependent on this monetary stimulus. And there’s no easy way out…
Woke and Enlightened:The Fed’s predicament tightens by the day. Take away the monetary crutches and the Fed risks a catastrophic financial meltdown. Yet keep them in place for too long and the Fed risks a significant dollar devaluation. These, no doubt, are the disagreeable options that remain following decades of the Fed’s erudite handiwork.
The promise of planning the economy via monetary policy, like the promise of gun control or mandatory mask mandates, is a farce. The body of empirical evidence – the science – shows that monetary policy fails to smooth out the ups and downs of the business cycle. Moreover, by intervening in credit markets, the Fed actually intensifies the booms and busts.
Still, central planning via the Fed is not the only madness one must contend with. There’s a whole army of planners in Congress and dispersed throughout the government’s countless agencies and bureaucracies working overtime to steal your wealth and freedom. Today’s central planners and social engineers are especially special. They’re woke…and progressive.
They slog away in home offices with central air conditioning, as they swig chilled seltzers and munch on fresh, refrigerated grapes. Their privilege is both sweet and juicy. Yet all the while, they bemoan the cruelty of unequal outcomes. "Why can’t others get paid by the government to munch on grapes from home too?” they ask.
These wokesters jump from one zoom call to the next, figuring new legislation to redirect the flow of money to somehow make society more equitable. You see, equality under the law is not good enough. Charges of systemic racism and white privilege must be overcome with government directed outcomes that are, somehow, morally equitable. Partiality centered on an extreme fixation upon micro gradations of skin color is the great cause of the woke and enlightened.
One Lockdown from Disaster: Implicit to the planner’s toils, is a shared sense that they know how to spend your money better than you. At best, the central planners call your money to Washington so they can then distribute it back to your friends and neighbors. In reality, the lawmakers call your money to Washington where they distribute it to their friends and neighbors – not yours.
This is not a matter of opinion. It’s a matter of fact. Could it really be a coincidence that the top three wealthiest counties in the country are in the shadow of the Capitol in the D.C. suburbs? What it is exactly that the residents of these counties do that’s of tangible value is unclear. However, what is clear is that phony government jobs in Loudoun County, Falls Church, and Fairfax County, Virginia, pay big bucks.
This week a bipartisan group of senators reached an agreement to advance a $1.2 trillion infrastructure bill, of which $550 billion is in new spending. The rest of the package uses previously approved spending, though we can’t tell if this is for infrastructure or something else.
Regardless, this government-directed stimulus will further the economy’s dependence on federal spending. Workers will base their livelihoods on these projects. Many will be boondoggles. Some may provide useful assets. They will all contribute to an economy that’s ultimately doomed, where debt well outpaces GDP.
But wait, there’s more… Navigating its way through Congress after the infrastructure bill is the $3.5 trillion budget reconciliation plan, which focuses on something called ‘human infrastructure.’ This plan is slated to include complete giveaways for health care, paid family leave, education and climate change, among other things. Make of it what you will. Physical infrastructure. Human infrastructure. Debt. Deficits. Nonstop money printing. Price inflation. Woke central planners. Economic stagnation. Delta variant. Perpetual dependency.
If that’s not enough, with each passing day it appears more and more likely the CDC will goad the Biden administration into another lockdown. And at this point, we may just be one lockdown from disaster."
- https://www.zerohedge.com/
Posted by CoyotePrime at 7:55 PM