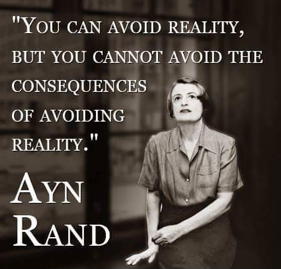 "Reality Avoidance"
by Morris Berman
"It’s quite amazing how the news is endlessly about filler, which is what I call it. Very little of this has anything to do with reality, which the Mainstream Media and the American people avoid like the plague. What then is real?
1. The empire is in decline; every day, life here gets a little bit worse; all our institutions are corrupt to varying degrees; and there is no turning this situation around.
2. A crucial factor in this decline and irreversibility is the low level of intelligence of the American people. Americans are not only dumb; they are positively antagonistic toward the life of the mind.
3. Relations of power and money determine practically everything. The 3 wealthiest Americans own as much as the bottom 50% of the population, and this tendency will get worse over time.
4. The value system of the country, and its citizens, is fundamentally wrong-headed. It amounts to little more than hustling, selfishness, narcissism, and a blatant disregard for anyone but oneself. There is a kind of cruelty, or violence, deep in the American soul; many foreign observers and writers have commented on this. Americans are bitter, depressed, and angry, and the country offers very little by way of community or empathy.
5. Along with this is the support of meaningless wars and imperial adventures on the part of most of the population. That we drone-murder unarmed civilians on a weekly basis is barely on the radar screen of the American mind. In essence, the nation has evolved into a genocidal war machine run by a plutocracy and cheered on by mindless millions.
Most Americans hide from these depressing, even horrific, realities by what passes for ‘the news’, but also by means of alcohol, opioids, TV, cellphones, suicide, prescription drugs, workaholism, and spectator sports, to name but a few. This stuffing of the Void is probably our primary activity. In a word, we are eating ourselves alive, and only a tiny fraction of the population recognizes this."
- https://morrisberman.blogspot.com/
○
"There is only one basic human right,
the right to do as you damn well please.
And with it comes the only basic human duty,
the duty to take the consequences."
- P. J. O'Rourke
Posted by CoyotePrime at 2:51 PM