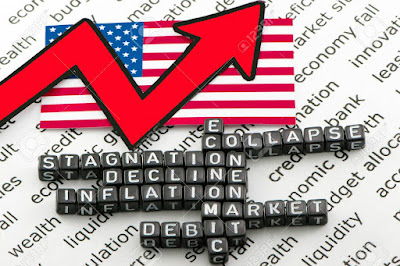 "Mission Disaster"
By Bill Bonner
NORMANDY, FRANCE – "We’re exploring the Brave New World ahead. In preview, we don’t think you’re going to like it. You’ll recall that a free economy does what individuals, families, businesses, and investors want it to do. It responds to these billions of different private purposes, aggregating them into the “economy” that we see. A “mission economy” is a different thing. It does what it is told – by the elite few who control the government. Inevitably, the mission is a disaster.
Big and Bold: In his many speeches in the 1930s, Adolf Hitler laid out a “big and bold mission” for Germany. He was prefiguring economist Mariana Mazzucato (author of "Mission Economy") – along with le president de la France, Emmanuel Macron… the president of the European Central Bank, Christine Lagarde… as well as The Atlantic editor David Frum…and assorted members of the U.S. Democratic Party – by nearly a century.
Hitler made it clear that the purpose of an economy was to serve the interests, not of the individual, but of “the Volk,” whose collective desires were channeled by Nazi Party chiefs, the Reich, and most importantly, himself. The economy thus became the servant of the elite who controlled the German government… and of their “mission.”
Of course, Hitler was far from alone. Earlier in the century, the Soviets had put their economy to work on a collective mission, too – to destroy capitalism and build a workers’ paradise on the debris. That worked about as well… but with an even higher body count. Yet, comparing anybody with Hitler… or any other government program with his monstrous mission… is considered not just bad taste, but a sin worthy of de-platforming or defenestration.
And as far as we know, neither Ms. Mazzucato, Emmanuel Macron, Joe Biden, or Christine Lagarde have begun to grow a mustache. The only thing they have in common with the Fuhrer is an idea. That is the idea we were wondering about as we sat in a café in Paris on Saturday…
False God: Nature Magazine lauded Ms. Mazzucato’s book, "Mission Economy," because it “put public purpose first.” The problem with the “public purpose” is, however, that it is not of the public’s choosing. Did the German public see its mission as invading Poland, the Soviet Union, France, Greece, and North Africa? Did the Russians want 70 years of crushing Soviet central planning? Did Americans really want to spend 20 years and $2.3 trillion getting their butts kicked in Afghanistan?
And isn’t that the Big Bamboozle… the false god who stabs us in the back, over and over…? The Bonaparte who rallies his troops on the banks of the Rhine… or the Hitler on the banks of the Oder… for a great campaign of conquest? Isn’t that the Vladimir, the Che, the Hugo, or the Mao who reorganize society completely (for the benefit of the people, of course)? Or the Oliver Cromwell, Pope Urban, or Osama bin Laden… who make it their mission to destroy the infidels… and be done with the non-believers?
And isn’t it the darkness settling over the planet once again… its shrouds laid out by the woke and the witless… who are ready to depress, deport, and de-platform anyone who gets in their way?
New Contagion: Getting in their way now are the unvaccinated. And here, The New York Times snuffs a few more candles: "As Virus Cases Rise, Another Contagion Spreads Among the Vaccinated: Anger". "As coronavirus cases resurge across the country, many inoculated Americans are losing patience with vaccine holdouts who, they say, are neglecting a civic duty or clinging to conspiracy theories and misinformation even as new patients arrive in emergency rooms and the nation renews mask advisories.
The country seemed to be exiting the pandemic; barely a month ago, a sense of celebration was palpable. Now many of the vaccinated fear for their unvaccinated children and worry that they are at risk themselves for breakthrough infections. Rising case rates are upending plans for school and workplace reopenings, and threatening another wave of infections that may overwhelm hospitals in many communities."
Yes, here they are again – good versus evil. The obedient people take their medicine. And the hold-outs… the non-conformists… do not. They are beyond the pale… beyond reason… pariahs… outcasts… to be shunned and dissed. Tomorrow, what happens to dissenters when the economy gets into mission mode. Stay tuned…"
- www.rogueeconomics.com
Posted by CoyotePrime at 11:30 AM