“Fish Are the Last to Notice the Water” 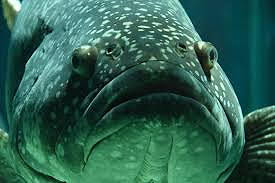 “Fish Are the Last to Notice the Water”
by Paul Rosenberg

“I ran into this phrase in a physics lecture, of all places, and knew it would be the title of my next article. And this is generally a true statement. Those who are immersed in something… who have always been immersed in it… are the last to see what it really is.

By now it should be obvious to the people of the West that they’re being held in a primitive bondage. And fortunately, more eyes are opening to this than ever before. But still, most people are so used to this particular “water” and have so long acclimated themselves to it, that they haven’t recognized it. There’s nothing inherently wrong with most of these people; they just haven’t stepped back far enough to see the obvious. So, let’s do that.

The Long View: A single model of human life has dominated the West for thousands of years. I can summarize by saying that this rulership model began to form in about 5400 BC, dominated Mesopotamia by about 4000 BC, took hold in Egypt by 3000 BC, and spread over the rest of the world from there. So, it has dominated for some 5,000 or 6,000 years, depending on which dates you prefer. This model is so common that it’s hard to make out at first. Here are its parts:

• A small minority of men hold a monopoly on making rules everyone else will live by.

• This minority enforces these rules on everyone else.

• The minority extracts regular payments from everyone else. This is said to be necessary for protection and justice.

• The minority fails to provide justice on a daily basis and very often sends the children of the majority to fight in battles to the death.

• A minority-aligned intellectual class assures the majority that this is the best that can be had and that it has been sanctified by some higher power (gods, ancestors, tradition, reason, experience, progress, or whatever).

• No one is permitted to escape this model. Those who try are punished as traitors and heretics.

This is the primary model of human organization and has been for some 5,000 years. And aside from arguing over details (or fury over the audacity to say it), there is no real challenge to this statement. Moreover, this model has been an abject failure – a demonstrable failure:

• Wars have continued throughout its entire reign.

• Justice has never been achieved and generally came closest in places away from power centers.

• Human happiness has not noticeably increased.

• Even when science has broken out, it has been recaptured and forced to serve the model. (The internet, for example.)

On top of that, this model has to be maintained by force. As noted above, straying from it is harshly punished. If this system was truly superior, force wouldn’t be required. After all, we don’t have to force people to buy houses or cars. So, by any number of measurable standards, this model fails, and very, very badly. The best defense one might make for it is that something else could be worse. But since we’re not permitted to test that assertion, the word bondage is perfectly fitting.

At a bare minimum, we can say this: Any system with no major upgrade in 5,000 years must be considered hopelessly obsolete, moribund, and degenerate. This is where we stand today. And it is crucial that we help our fellows see it.

How Do We Do Make Them See? First off, we cannot make people see. And truthfully, they generally see it quite well on their own. What they lack is inner strength to acknowledge what they see. It is not intellectual strength that most people lack; it is emotional strength. And so, you’ll have to be slow and gentle if you want success. Rigorous intellectual arguments are not enough, and in many cases they’re counterproductive.

In the end, the way to help your friends and neighbors is downright biblical: Plant seeds, wait for them to germinate, water them. Show kindness, love them, shine light on their path. It doesn’t matter if this sounds hokey to you or if you’d rather engage in brilliant arguments. This is what works. So, decide what you really want: for your friends and neighbors to see, or for you to “win.” The fish need faith to imagine a dry shore, and they’re not going to get it from intellectual badgering.”
- www.freemansperspective.com
Posted by CoyotePrime at 8:19 AM