"Gorgeous spiral galaxy NGC 3521 is a mere 35 million light-years away, toward the constellation Leo. Relatively bright in planet Earth's sky, NGC 3521 is easily visible in small telescopes but often overlooked by amateur imagers in favor of other Leo spiral galaxies, like M66 and M65. It's hard to overlook in this colorful cosmic portrait, though. 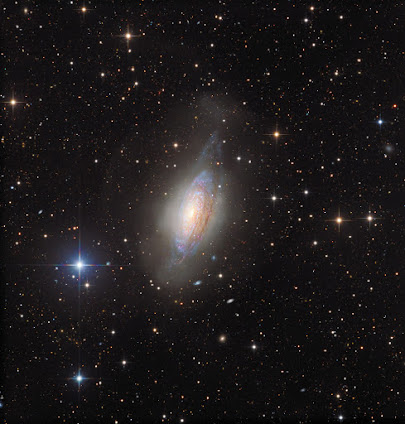