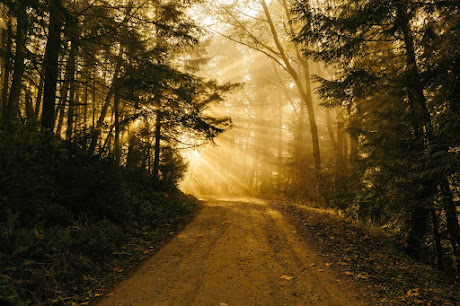 “I Know How to Live… I Don’t Know How to Die”
by Bill Bonner
“I’ve never done this before…” The woman on the bed was almost a skeleton. The flesh had already gone from her. What was left was an 86-year-old empty tube – shriveled, bent, used up. “I know how to live,” she said. “I don’t know how to die. I don’t know what I’m supposed to think or what I’m supposed to do.”
“Don’t worry about it,” we advised. “It’ll come naturally. Do you need anything?” “Need anything? I need nothing at all. Absolutely nothing. I’m dying. And I have everything I need to do it.” “How about some more pain medication?” “No. I don’t want any. I am only going to do this once. I don’t want to get doped up. I don’t want to miss anything.”
Heaven with Tobacco Fields: People who are dying have a status somewhere between Nobel Prize winners and mobsters. We are reluctant to contradict them. We remember a scene from childhood: We had gone to visit a dying uncle, Edward. Like all our relatives, he was a tobacco farmer. But now the plant he had cared for all his life was killing him: he had lung cancer. Other relatives had gathered at the house to say goodbye. The mood was gloomy, dark… quiet. But the conversation, in early spring, ran in a familiar direction – toward the weather and soil conditions. “They won’t be planting tobacco where I’m going,” said Uncle Edward.
The group fell silent. Some looked down at the floor. Some shuffled toward the kitchen. But Agnes, a cousin, challenged him. “How do you know where you’re going or what they’re doing there?” This enlivened and emboldened the confrérie of tobacco growers. “Yeah, for all we know they’re pulling the plants already,” said one, glancing out the window to see if the rain had stopped. (The plants were “pulled” from the nursery beds for transplanting in the fields. We particularly disliked pulling them because black snakes enjoyed the warm of the gauze-like covering and slithered among the plants.)
The 12-year-old in the group – your editor – forever admired his cousin Agnes. She could see the truth and had the courage to speak it. None of us knew what happened after death. Why not tobacco farming? We tried to imagine Heaven with tobacco fields. It was so implausible that we had a hard time with it. But we persisted. Rows of the green plants, tended by generations of deceased farmers. The sun must not be so hot in Heaven, we concluded, for there was nothing heavenly about the scorching summer sun when you were cutting tobacco. The ghost farmers must hoe each row… and “top” the plants to remove the flower and force the growth to the leaves, just as we did in the Maryland fields. At the end of the day, sweat-stained and tired, they must gather around their pickup trucks – one foot up on the running board, an elbow on the raised knee, with a cigarette in the right hand.
An Unexplored Mystery: The other professions must have their quarters, too… Wheat farmers need broader fields. Cobblers could enjoy their trade, too. Why not? Heaven – immeasurably large – could have a place for everybody. Even bankers and lawyers might find a spot. For a moment, we imagined what it must be like, with mechanics tightening their bolts and dairymen milking their cows. But if everybody did in Heaven what he did on Earth, what was the point of it? The juvenile mind, like its adult successor, stalled.
Half a century later, it is still stopped where it was left – like a tractor abandoned on the edge of a field, with trees grown up between the wheels. Rust has covered the hood. The tires, cracked from the sun, have flattened and disintegrated. It has moved not an inch forward… leaving the mystery of Heaven completely unexplored. “Well, you’re not dead yet,” we replied. “How about a little apple juice?”
The death rattle began two days later. The goodbyes have all been said. Prayers have been offered. Undertakers contacted. A church put on alert. Remembrances shared. Toward the end there was no one there to share the remembrances with. The spirit seemed to have packed up and moved out before the body got the message. Life, like bull markets and credit expansions, always come to an end, sooner or later. New technology and newfangled monetary policies offer delays, unfounded hope, and stays of execution – but never a full pardon.”
- http://www.thedailyreckoning.com
○
Bread, "Everything I Own"
"If you were going to die soon and had only one phone call
you could make, who would you call and what would you say?
And why are you waiting?"
- Stephen Levine
Posted by CoyotePrime at 5:25 PM