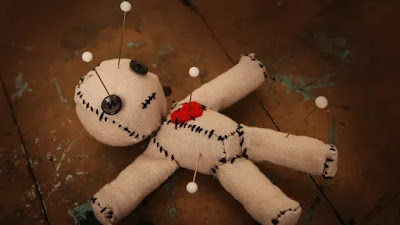 The economy, 2021
"Voodoo Guesswork"
By Bill Bonner
When your outgo exceeds your income, your upkeep is your downfall.
– Sid Taylor, former research director, National Taxpayers Union
YOUGHAL, IRELAND – Yesterday, we began our look at the Big Bang… the end of an empire… the grand finale in a Katastrophenhausse. That’s when the you-know-what hits the fan. Trouble is, you-don’t-know-when… or exactly how. Our observation is that inflation is not always and everywhere a purely monetary phenomenon. In fact, it never is. Instead, part cause and part effect, it unsettles and disrupts. It mixes with politics and social movements… and like nitro and glycerin, the combination is inherently unstable… and explosive.
Civilization Is Restraint: Whenever and wherever there is great inflation, so is there great trouble. The French Revolution and the inflation of the assignats and land warrants, for example…Hyperinflation in Russia and the Bolshevik Revolution…Germany’s Weimar Republic inflation and the rise of the Nazis…Yugoslavia, 1994-1996… inflation of 62% PER DAY… and the end of the country.
Civilization is restraint, as Sigmund Freud put it. It requires rules… discipline. Weeds must be pulled up. Trees must be pruned. Property must be protected. Roofs must be fixed. Contracts must be respected. Two plus two must equal four. And money must be neither dear nor cheap, but true.
Order must be maintained. And order requires energy… expense… and time. Slack off… or squander your time and energy – How many women are on your board? Sanction the Russians? More stimmy money for everyone! – and things fall apart…and then blow up.
Empty Gestures: At least, that’s our hypothesis. To which we add… that by our count, in the U.S., the nitro and the glycerin have been edging towards each other for two decades. People still go about their business, more or less as before. Congress still meets and pretends to govern. People still vote, pretending to select worthy representatives. Wall Street still pretends to allocate precious capital to productive businesses. Prices still pretend to reflect the real value of stocks and bonds. The press still pretends to report the news. The Federal Reserve still pretends to offer real money. But the gestures are empty… the facts are fake… and the numbers don’t add up.
Outgo > Income: Forty years ago, in the month of March, the federal government collected $44 billion in tax revenue and spent $53 billion. Even then, the feds were $9 billion in the hole. But they could borrow the money honestly; no big deal.
In March 2021, the feds collected some $267 billion in tax receipts. But they spent $927 billion – a new record. And a record monthly deficit of $660 billion, approximately equal to the entire U.S. annual budget during the Ronald Reagan administration.
Not only do income and outgo not match… they’re never going to get together. Losing money at this rate implies a loss for the year of about $8 trillion… More likely, March was an outlier, and the loss will be “only” about $3-$4 trillion, still far more than can plausibly be borrowed. And this is on top of other big numbers that don’t add up, either.
Trouble Ahead: And here is where it leads. Here’s Business Insider: “…In our view, the risk is investors are going to experience an acceleration in economic growth and inflation of a magnitude economists and the Fed are totally unprepared for,” said Hans Mikkelsen, head of high-grade credit strategy at Bank of America.
And here’s economist Nouriel Roubini: "Over the next few years, loose monetary and fiscal policies will start to trigger persistent inflationary – and eventually stagflationary – pressure, owing to the emergence of any number of persistent negative supply shocks."
Make no mistake: Inflation’s return would have severe economic and financial consequences. We would have gone from the “Great Moderation” to a new period of macro instability. Even Larry Summers, former director of the National Economic Council, who is rarely right about anything, sees trouble coming. Speaking on Bloomberg TV, he said: "This is the least responsible fiscal macroeconomic policy we’ve had for the last 40 years."
Nothing to Worry About: But wait… What are we worried about? The Biden team “modeled” various scenarios. It found that inflation will not be a problem. Here’s The New York Times: "A monthslong effort to monitor and model economic trends inside the White House and the Treasury Department found little risk of prices spiraling upward faster than the Fed can manage."
What a relief! No cause for concern, sayeth the feds’ models. Of course, Rudolf von Havenstein, who ran the German central bank from 1908 to 1923, had models, too. So did Gideon Gono, jefe of the Reserve Bank of Zimbabwe from 2003 to 2013. And Ben Bernanke, in charge at the Federal Reserve from 2006 to 2014, had models that told him that the mortgage finance crisis was nothing to worry about, either. On Thursday, May 17, 2007 said the great man: "We believe the effect of the troubles in the subprime sector on the broader housing market will likely be limited, and we do not expect significant spillovers from the subprime market to the rest of the economy or to the financial system."
The models sound scientific. But they are nothing more than voodoo guesswork."
- www.rogueeconomics.com
Posted by CoyotePrime at 11:41 AM