“Complexity Theory: the Avalanche and the Snowflake” 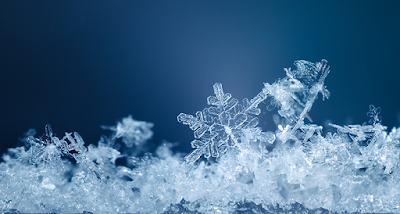 “Complexity Theory: the Avalanche and the Snowflake”
by James Rickards
“One of my favorites is what I call ‘the avalanche and the snowflake’. It’s a metaphor for the way the science actually works, but I should be clear: it’s not just a metaphor. The science, the mathematics and the dynamics are actually the same as those that exist in financial markets.
Imagine you’re on a mountainside. You can see a snowpack building up on the ridgeline while it continues snowing. You can tell just by looking at the scene that there’s danger of an avalanche. It’s windswept… it’s unstable… and if you’re an expert, you know it’s going to collapse and kill skiers and wipe out the village below. You see a snowflake fall from the sky onto the snowpack. It disturbs a few other snowflakes that lie there. Then, the snow starts to spread… then it starts to slide… then it gains momentum until, finally, it comes loose and the whole mountain comes down and buries the village.
Question: What do you blame? Do you blame the snowflake, or do you blame the unstable pack of snow? I say the snowflake’s irrelevant. If it wasn’t the one snowflake that caused the avalanche, it could have been the one before, or the one after, or the one tomorrow. The instability of the system as a whole was the problem. So when I think about the risks in the financial system, I don’t focus on the ‘snowflake’ that will cause problems. The trigger doesn’t matter.
A snowflake that falls harmlessly – the vast majority of all snowflakes – technically fails to start a chain reaction. Once a chain reaction begins, it expands exponentially, can ‘go critical’ (as in an atomic bomb) and release enough energy to destroy a city. However, most neutrons do not start nuclear chain reactions, just as most snowflakes do not start avalanches.
In the end, it’s not about the snowflakes or neutrons. It’s about the initial critical state conditions that allow the possibility of a chain reaction or an avalanche. These can be hypothesized and observed at large scale, but the exact moment the chain reaction begins cannot be observed. That’s because it happens on a minute scale relative to the system. This is why some people refer to these snowflakes as ‘black swans’, because they are unexpected and come by surprise. But they’re actually not a surprise if you understand the system’s dynamics and can estimate the system scale.
It’s a metaphor, but really the mathematics behind it are the same. Financial markets today are huge, unstable mountains of snow waiting to collapse. You see it in the gross notional value of derivatives. There is $700 trillion worth of swaps. ($2.5 Quadrillion by other reputable estimates. – CP) These are derivatives off balance sheet, hidden liabilities in the banking system of the world. These numbers are not made up. Just go to the IS annual report and it’s right there in the footnote.
Well, how do you put $700 trillion into perspective? It’s ten times global GDP. Take all the goods and services in the entire world for an entire year. That’s about $70 trillion when you add it all up. Well, take ten times that, and that’s how big the snow pile is. And that’s the avalanche that’s waiting to come down.”
- https://caperebel.com/
Posted by CoyotePrime at 4:34 PM