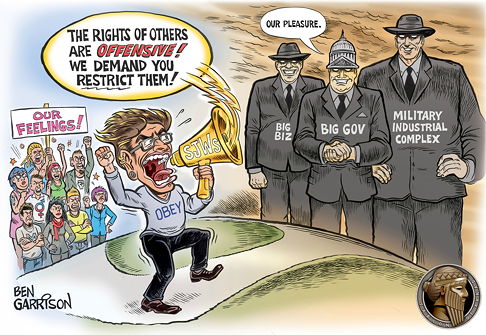 “You Want Rights? Well, Sunshine… Here’s What You’re Missing”
So Many Rights, So Little Understanding
by Chris
“Sometimes when I sit down to share my thoughts with you I know I’m going to piss off a bunch of people. Today is one of those days. So if you’re bitterly hostile, suffer from low self esteem, have nihilistic tendencies, and offer to the world a bag full of self contempt and not much else, then you need to read on. You’ll hate me for it but really… this is for you!
You’ve been fighting for all sorts of “rights” and sadly society is actually taking you seriously rather than treating you as they should, which is to say one with a mental illness. Instead, here we find ourselves in an environment where criminals are and will be made out of perfectly decent, honorable, good people.
For example, if you don’t get “affirmative consent” before getting jiggity with a partner, it’s considered rape on some university campuses. And the same goes if your partner has been drinking. By this criteria most every male in the world is a rapist, myself included. When you’re “in the moment”, nobody’s stopping, saying, “Hey, hang on a moment, sweetheart. Please, can you provide me with your affirmative consent to ravage you?” What the hell?  And if you and your partner had a glass of wine beforehand, you’re definitely a rapist.
Islamophobia is another. Listen, I could care less about your religious affiliation or lack thereof. If you’re not fearful of an ideological belief which champions ending your life if you’re not going to follow the doctrine, then you’re an idiot, and so it’s only idiots that campaign against common sense rational prudence.
As I mentioned talking about the virtues of discrimination: Do you discriminate when you steer clear of a group of young men with an aggressive swagger walking at night? I sure hope so. This is not prejudice it’s bloody prudence.
Now, you might ask yourself what on earth has this got to do with markets, Chris? This all matters a great deal, and I explained well before it happened (and shocked everyone). So yes, it matters and capital flows are affected. And it’s not just America or even North America. Because this is prevalent in Britain and Europe as I wrote about in what the silent majority is really saying: In a mad bid to prove “acceptance” and “tolerance” the West have gone entirely off the deep end ignoring and condoning comments and actions completely antithetical and incompatible with modern Western Civilization.
While we’re on the topic of insane political correctness we can’t leave out gender equality (a ludicrous term because, by our very nature, women and men are not equal). Our very unequal-ness is what allows us to interact on a mutual and agreeable basis. And yes, the liberation of and freedom of women is easily one of the most positive forces that any country could possibly move forward on. That doesn’t mean we’re equal. I sure as hell can’t give birth, and I’m nowhere near as organized as my wife, and studies have shown that women are unequivocally more organized while men for example are more industrious. It’s how we’re wired. Trying to make us the same is pathologically stupid.
The Washington Post ran an article on how you and I will become criminals by inadvertently calling a spade a spade… a woman and woman… and a man a man. You can be fined for not calling people “ze” or “hir,” if that’s the pronoun they demand that you use. In fact, apparently there are 56 pronouns now to be used including such beauties as “gender-fluid” and “two-spirit”. You can’t make this sh*t up! 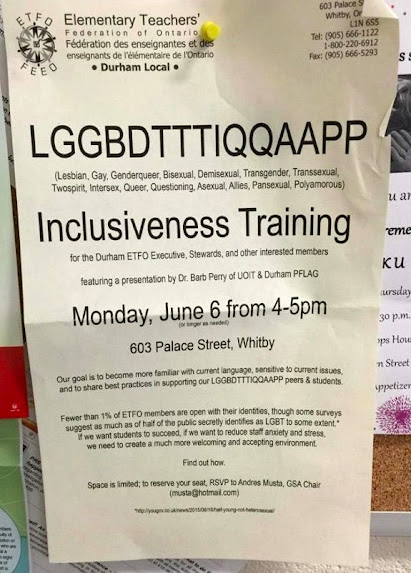 Perhaps we should just keep safe and use “oy” for everyone. That ought to sort the problem out. As for myself, I think I’m going with “Milord”.
Look, I could care less if you’re a bloke who lopped your diddle off and now wants to be called Sally, but this shouldn’t govern society, for goodness sake. Freedom of expression is one thing but this incipient, creeping cancer (because that’s what it is) attempts to dictate what are trivialities and it’s dangerous. Very dangerous! It’s an ideology and ideologies are extremely dangerous.
The Flip Side to Rights… are responsibilities. The “right” to free healthcare entails someone to provide that healthcare. That’s a responsibility and it takes effort, capital, skill, intellect, and hard work.
The same is true of all rights, and I want to emphasize this with flushed cheeks, waving hands, and spittle. All rights are someone else’s responsibility. It can’t be any other way. Take away the responsibility and your “rights” are just words because they’re as useless as Mike Tyson in a spelling bee. I mean go into, say, Zimbabwe and legislate universal free healthcare. Well, since there’s nobody responsible that’ll actually make that happen, it’s a waste of time.
And here’s the problem that bleeding-heart liberals fail to understand. The West is educating and grooming generations of useless, bedwetting, irresponsible intellectually vapid children (because, despite their age, that’s what they are). And lacking from this tsunami of the cotton-wool-clad crowd is ANY responsibility. Try foist it on them and they screech “triggered” and retreat to a “safe space”.
So pray tell, what happens when a real crisis hits? When the sovereign debt bubble bursts and the socialist systems that have been built on this funding mechanism (sovereign debt markets) and which are completely expected to simply provide for these “children” rapidly run out of funding?
Try explaining to these “children” that a mere 1% rise in bond yields could trigger a bond crisis the likes of which we’ve never seen before in our lives. And try further explaining what this means to all their “rights…” and you may as well be talking to your dog because intellectual rigor is not something they’ve ever been exposed to. Instead, they’ve spent their lives ensuring they’re shielded from it. The inescapable logic that being “two-spirit” could (and will) be rapidly superseded by the need to fill one’s belly is indeed entirely missed.
What happens next? I’ll tell you what happens next. We’ve the most fertile grounds you could imagine for tyranny because you know what? There ain’t gonna be nobody strong enough to stop it happening. What’s a sane person to do? Probably best to simply position accordingly.”

“Dictatorship naturally arises out of democracy, and the most
aggravated form of tyranny and slavery out of the most extreme liberty.”
- Plato
- https://www.zerohedge.com/
◆ 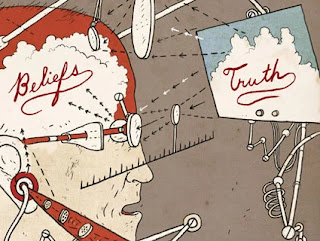 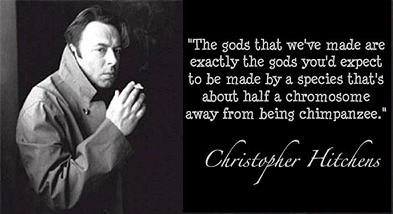 Posted by CoyotePrime at 1:18 PM