"Time to Get Hosed!" 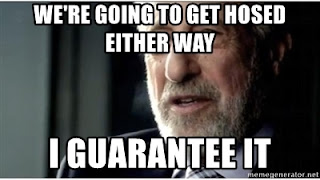