"Dispatches from the New Cold War" 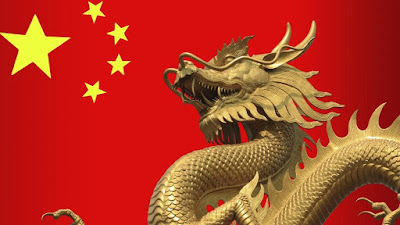 "Dispatches from the New Cold War"
by Fred Reed
"Today’s characteristically luminous insights will be disordered and structurally horrifying, the sort of essay that would have sent my high-school English teacher into anaphylactic shock. In exculpation I plead laziness.
Recently I wrote a column on China’s digital yuan, now in late-stage testing. Bare-bones explanation: You download a digital-wallet app with which you can then send payments to anybody in the world who also has the app, no forms, bureaucracy, or bank account needed. OK, that’s cute, you say. Then, with my phenomenally perceptive, pincer-like grasp of the inescapable, I thought, it sounds scalable. If you can do it with thirty bucks (in yuan) for a hat from some store, why not with fifty million dollars (in yuan) for a shipment of oil from Iran? Sure, with more security and so on, but same mechanism. Interestingly, such payments would be completely independent of, and opaque to, Washington. And independent of…SWIFT, eeeeeeek! Do you suppose China has thought of this?
Well, I thought, this is mere speculative maundering by some guy in Mexico who is admittedly pig ignorant of international finance. And of course China itself was saying that the dijjywan had nothing to do with the dollar, oh no, was solely for domestic use, and for retail sales. Not important. Move on. Nothing to see here.
But then, this: China is consulting, whatever that means, with Hong Kong, Thailand, and the UAE over using the dijjywan for international payments. Uh…say what? Thailand and the UAE are not particularly domestic to China. And I doubt that Beijing is intensely interested in the retail market of the UAE, which has the aggregate population of a large city bus. Methinks China has Something In mind. And it don’t bode good for sanctions, the petrodollar, and the like.
Nuther subject: Being fascinated by what looks like a shift of the world’s technological and economic center of gravity from the West to Asia, I poke about the web in the manner of an Ernest truffle hound, to see what the wily Orientals are doing. My results are not too systematic. My distinct impression is that things are happening over there, ideas popping up on Wednesday and in volume production by Friday afternoon, of energy and movement. By contrast, America looks asleep at the wheel. Except that it doesn’t have a wheel. A few almost random examples:
China ahead of America in patent applications for second year. 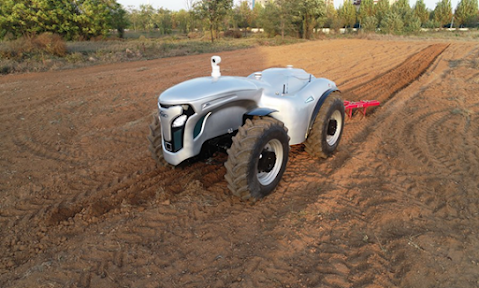 Business Insider:“ “China is moving ahead with a huge robot farming project…powered by 5G cellular technology, the agricultural tractor with self-driving mode can also be remotely controlled to carry out multiple intelligent functions” says Chinese governmental site Global Times
Beijing has successfully powered up its “artificial sun” nuclear fusion reactor for the first time, China’s People’s Daily reported on Friday. It’s designed to be a clean energy source, similar to the real Sun.” The foregoing is overexcited as neither China nor anyone else has demonstrated controlled fusion, but it shows that the country is in the race.
Global Times (Again, mouthpiece of Beijing): China needs to increase its nuclear warheads to 1,000.” Because of American hostility.
Education. China finds its brightest students with a grueling entrance exam. America dumbs down elite high schools because they don’t have enough unqualified minorities. Thomas Jefferson High School in Virginia has already been enstupidated, and the NYC schools are on the block. The purpose of schools is to admit students who can’t do the work. New York Post: “With this year’s state math and English exams canceled, a watered-down grading policy enacted, and the tossing of attendance, the key factors for admission to selective schools have been dropped or diminished…. “
America Ties with China in 2019 Math Olympiad: Well, not exactly. The 2019 U.S. team is: Vincent Huang, Luke Robitaille, Colin Tang, Edward Wan, Brandon Wang, and Daniel Zhu. China, it seems, tied with itself.
BBC: China’s Chang-e Five lunar-sample return mission safely parachutes into Mongolia. Very sophisticated engineering, and it worked. The US is ahead in space exploration, its Perseverance mission now on Mars being a marvel, but the gap ain’t what it used to be.
From NIO, a Chinese Electric Vehicle Start-up. 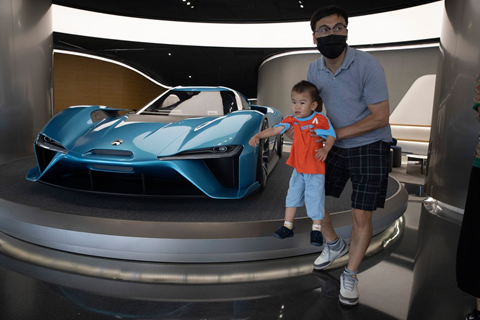 If a car looks like this, I want one. Nio is working on a system in which “gas” stations remove a depleted battery and replace it with a charged one, thus eliminating the problem of long charging time. Will it fly? I don’t know, but those folks over there are scurrying. China, Japan, and South Korea, for example, are rapidly advancing hydrogen-powered fuel-cell cars.
China’s Quantum Computer Beats Google’s Sycamore in ‘Computational Supremacy’, Claims New Study. Also a bit overdone. My grasp of quantum computing equals that of a hardboiled egg, but this seems to indicate that China is holding its own in a field that is a Very Big Deal.
Below: “China Finishes Building World’s Largest Radio Telescope” 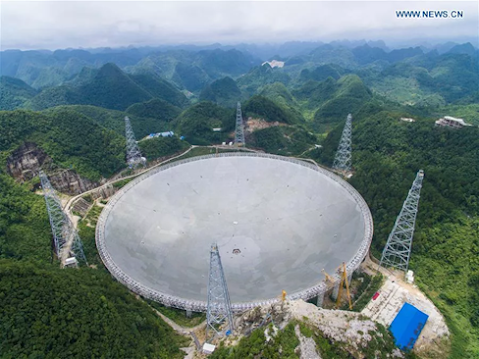 “The next-generation Chinese medium-low speed maglev doubles the top speed of the first generation and it becomes driverless…Most of the R&D work is done in Hunan Province…” Miles of high-speed rail in the US: 0. Miles of maglev rail in US: 0. Likelihood of either any time soon: 0. Cost of new B21 intercontinental nuclear bomber: $550 million. Each.
China Will Begin Constructing Its Space Station in 2021
China to build 30 ‘fully connected’ 5G factories by 2023. Many think of Five G as being able to download movies in three seconds. Actually, with high throughput and low latency, combined with artificial intelligence and edge computing, it will be hugely important in managing smart factories, transportation networks, smart cities, and so on. This is why Washington wants to block it. Meanwhile China is catching up in AI, it seems.
China-developed hydrogen fuel-cell hybrid locomotive rolls off assembly line.
“Huawei’s Harmony OS Extends to All Devices in 2021 in Bid for Tech Self-Sufficiency Amid US Trade War.” This is interesting. Tech commentators have pointed out, correctly but without too much insight, that Huawei will have a hard time selling phones with Harmony outside of China because Trump cut the company off from using the Android operating system’s app store. Google.” Huawei is now preloading Harmony on all of its product, making it independent of Google.
Now we have Huawei May Allow Chinese Smartphone Firms to Use Harmony OS to Counter Trump Trade Bans, This means that all of China’s phone companies are independent of Android, at least in China, as, if threatened by the US, they just switch to Harmony. It also means that China, should it choose, could ban Android in Chinas as Trump banned Huawei in the US, and perhaps ban iOS also, thus losing the entire Chinese market for Google and Apple. Forcing a large, resourceful country to build competing products might charitably be called preternaturally stupid.
Which brings us to the new Cold War, which is exactly what Trump II is engaged in. The Beltway China hawks want to cripple China’s tech industry by denying it advanced semiconductor technology, chiefly from America’s vassal states of Holland, Taiwan, and South Korea. Will this work? I dunno. But there is a clear pattern in China’s response. A sort of techy example, that sensible readers can skip.
There is a company in Wuhan, YMTC, Yangtze Memory Technology Company, that has developed an advanced 192-layer dual-wafer NAND (“flash”) chip using Chinese technology. Flash memory is used in huge quantities in everything from smartphones to French fries (well, maybe not French fries.) There is some doubt as to whether the company will be able to produce in volume, but it is building a second fab line, so it must think it can. If it does, American companies, notably Micron, will lose the (very large) Chinese market for flash. Then the Chinese, nothing if not commercial, will probably flood the world market with discount flash.
This tech-wide lunge for self-sufficiency, if Washington does not succeed in crushing it, will close the Chinese market progressively for American firms. Well, who needs 1.4 billion customers? The China hawks may be poking the wrong bear.
RCRWireless News: “Chinese operators to build over 1 million 5G base stations in 2021: “According to estimates from Wu Hequan, a member of the Chinese Academy of Engineering, the total number of 5G base stations in China could reach more than 1.7 million by the end of next year.”
US fumbles, fiddles, sucks thumb. Years behind. It is now forcing UK to uninstall Huawei gear. Great diplomatic triumph. Brilliant future. Nuff said.
NikkeiAsia: “China Out Front in Race to Reduce CO2 Emissions” 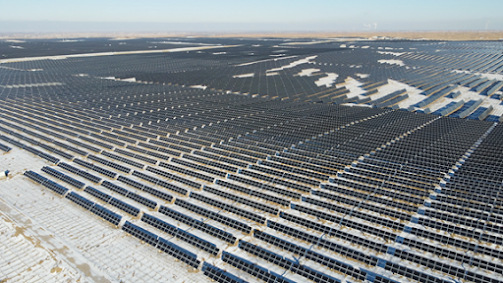 A total of 40% of the world’s new solar power generation capacity is constructed there. And the country’s share of global electricity generated by the sun has jumped from 2% in 2010 to 32% in 2018. Nuff said."
- https://www.unz.com/
Posted by CoyotePrime at 12:32 PM