"Las Vegas Without the Free Drinks" 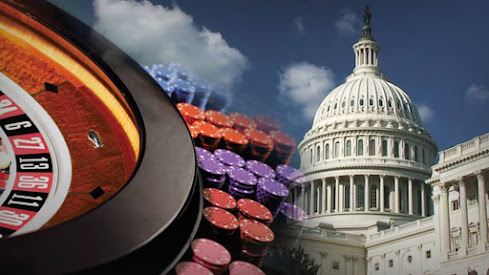 "Las Vegas Without the Free Drinks"
By Bill Bonner
"A system… contrived (in the Treasury Department) for deluging the states with paper-money instead of gold and silver, for withdrawing our citizens from the pursuits of commerce, manufactures, buildings, and other branches of useful industry to occupy themselves and their capitals in a species of gambling…" – Thomas Jefferson’s letter to George Washington, March 1, 1792, during the Panic of 1792, after the formation of the First Bank of the United States
YOUGHAL, IRELAND – Jefferson was right. But it took more than 200 years for the dagger he saw coming to reach the heart. And now, it is here. Commerce, manufactures, and other useful industries are in decline. The U.S. economy grew more than 5% per year during the Kennedy-Johnson years. In Trump’s term, the growth rate was only 1.25% – the lowest since the Great Depression.
New Era: But gambling is more popular than ever. And now, the stock market – previously a place to discover the real values of America’s useful industries – is now a huge casino, like Las Vegas without the free drinks, where companies that might be worth zero are valued at billions of dollars. How come? Because the country has been deluged with paper money. Easy money. Fast money. Fake money. Stimmy money.
There, too, Donald Trump is a record-setter. While he was president, the Federal Reserve’s balance sheet – which rises as the Fed “prints” more “paper” money – rose more than three times as fast as under George W. Bush and more than twice as fast as during the reign of Barack Obama. Not surprisingly, U.S. debt increased faster, too.
During the Clinton years, the national debt rose at an annual average of about $200 billion. It rose three times faster under George W. Bush… five times faster under Obama… and 10 times faster under Trump.
All of which makes us wonder… What kind of hallucinations were the folks at CPAC, the Conservative Political Action Conference, suffering when they bowed down before the graven image of Donald Trump? He is the least conservative of any president – Democrat or Republican – in history (setting aside, perhaps, FDR). Oh yes… we forgot… it’s TPAC now. Conservatives are history. It’s a new era. And it doesn’t matter what you think… what you say… or who you vote for – this sucker is going down.
Going Down: But wait… Maybe if we all pull together… From a dear reader comes a practical question. What if we really did try to pay off the federal debt? “As for the debt of our country,” asks Annette A., “what if everyone in this country gave $1 to $5 dollars on the principal of our debt every year? I really don’t know how many people live in the U.S., but it is a lot. How many years would it take? If this is done, I know that many rich people would give more than $5.”
Well, let’s see. If each American adult pitched in $5… every year… how long would it take to pay off $28 trillion in debt? Hmmm…. We have the answer: 21,937 years! Or, approximately, until Hell freezes over. And that’s only if the feds stop adding more debt… which ain’t going to happen. Which is why we need the full George W. Bush insight. “If the money supply doesn’t loosen up,” said he, “this sucker will go down.”
Loosen Up: That’s what happens. At first, as Hemingway noted, inflating the money supply produces a little “temporary prosperity.” But then, if you stop inflating, the pseudo prosperity disappears… and the sucker goes down. This is the same trap that faced Rudolf von Havenstein in Germany… Gideon Gono in Zimbabwe… Celestino Rodrigo in Argentina… Delcy Rodríguez in Venezuela… and now, Jerome Powell in the U.S. It’s inflate or die.
Each administration, naturally, wants more prosperity… even if it is temporary. So it needs to “loosen up” the money supply a little more. That’s why the Fed’s real interest rate (charged to member banks) was below zero for all but a couple of quarters over the last 10 years. And this leads to an even greater dependence on the deluge of paper money… and sets the nation up for an eventual catastrophe.
Here’s Yahoo! Finance last month: "Nearly 7 in 10 Americans in a Quinnipiac University poll said they support President Biden's $1.9 trillion coronavirus relief plan."
And here’s the Bank of America, warning that unless the Fed loosens up more… now… the sucker is going down again. From Business Insider: "Last week’s spike in interest rates has Bank of America analysts on edge about a potential stock market crash. In a note on Friday, the bank highlighted the historic yield spike in mortgage-backed securities [MBS] and compared the current environment to 1987, when a continued jump in MBS yields preceded a stock market crash of more than 20%." In 1987, an interest rate shock in April was followed by further rate increases that ultimately led to the October stock market crash, BofA said.
[…]
“Unless Fed fights back very soon with more treasury/MBS purchases, a similar fate likely lies ahead,” BofA warned.
Wrong Choices: Once a heavy object begins rolling down a steep hill, it doesn’t stop until it smashes into something. It doesn’t matter what you say or what you think. As it rolls downhill, it gathers momentum, making it more and more dangerous to try to stop it. And then you get dunderheads like George W. Bush, Ben Bernanke, Janet Yellen, Barack Obama, Donald Trump, and Jerome Powell shoving it along even faster. We’re used to thinking that things are under our control… that if only “they” would do the right thing… make the right choices… we could avert disaster. Maybe. But once you’ve made the wrong choices for a long time, it’s almost impossible to make the right ones. The momentum is against you."
- www.rogueeconomics.com
Posted by CoyotePrime at 12:34 PM