"There’s More to the Inflation Story Than Numbers" 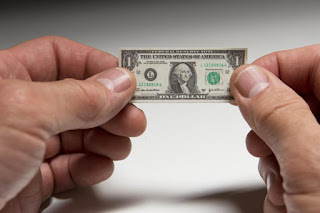 "There’s More to the Inflation Story Than Numbers"
by Bill Bonner
YOUGHAL, IRELAND – "Yesterday, Jerome Powell, jefe of the Federal Reserve, speaking at a Wall Street Journal virtual conference, let the cat out of the bag. CNN reports: "US stocks tumbled Thursday after Federal Reserve Chairman Jerome Powell predicted an increase in consumer prices this summer – something investors fear will force interest rates up sooner than expected.
The market reacted strongly to his interview. The 10-year US government bond yield jumped and was up 0.07% at 1.54% around the time of the closing bell. Meanwhile, stocks sold off. The Dow finished down 1.1%, or 346 points, and the S&P 500 closed 1.3% lower. The Nasdaq Composite fell even more sharply, tumbling 2.1%. The index managed to just avoid dipping into correction territory – defined as a 10% drop from its most recent high – as it was down 9.7% from its February 12 record high. The Nasdaq has erased its gains for the year.
“We do expect that as the economy reopens and hopefully picks up, we’ll see inflation move up," Powell said…"
More to the Story" We’ve spent the entire week poking around in the marshes… the tidal flats where inflation flourishes… between the water world and solid ground. “Inflation is always and everywhere a monetary phenomenon,” said Nobel Prize-winning economist Milton Friedman. Alas, about that he was wrong. He was too literal. Too numerical. Too confident of his own power of intellectual reductionism.
Funny that Friedman would illustrate such a mistake. Like choosing Mao Tse-tung to make a point about dental hygiene, Friedman was supposedly a conservative. That is to say, he recognized that we should be chary of making impulsive changes. For however much we think we have something figured out, there’s always more to the story.
Shortcomings: We are grateful to our colleague, George Gilder, for triggering this thought. In his recent writings, he has focused on the shortcomings of scientific models. The world, of course, is an infinitely complex place. But we can’t produce infinitely complex models. So our models are always simplified… like a school book for sex education leaving out the racy parts. That’s why the modelers are almost always wrong. The climate modelers tell us that because of our cows and cars, the world is heating up. And maybe it is… or isn’t. The epidemiologists tell us that COVID-19 will kill millions… unless we wear our masks. And maybe they’re right, too… or not.
Amusing Story: On this subject, an amusing story developed yesterday, when Joe Biden referred to Republican governors’ reluctance to continue with the lockdowns and cover-ups as “neanderthal.” How he knew what Neanderthals would think of his opinions on infectious diseases, we can’t imagine. And why the “unity president” would feel free to stereotype and calumny a whole race of humans – talk about victims of the patriarchy! – we don’t know that, either.
But at least one member of Congress stood up for the neanderthal-ish governors. Senator Marsha Blackburn (R-TN) one-upped the president, constructing an amazing, almost first-hand, life-like model of the vanished people: “Neanderthals […] are resilient, they’re resourceful, they tend to their own,” Blackburn said." Well, they must not have been that resilient; they disappeared 30,000 years ago.
Just Numbers: Models are always fanciful. The Fed’s 2,000 economists prepare models to predict GDP growth, for example. Inevitably, the models need to be constantly revised… so that the final line on the chart bends to meet reality. And when Milton Friedman modeled inflation, in order to reduce it to a “monetary phenomenon,” he had to ignore the mystery and poetry… the moral side of things… the surprises… the politics, panics, and madness… and all the other things that go into making a genuine inflationary episode. That is, he had to drain the marshes of all that didn’t fit his model – the tides of greed and fear… the wild animals… the slosh and suck of untamed mud. And what was he left with? Numbers. Numbers that did his bidding. Numbers that didn’t whine or complain when he crunched them together. Numbers that didn’t ask questions.
More than Numbers: In the stripped-down, simplified version, Germany’s hyperinflation was caused by numbers. In 1918, Germany had about 32 billion marks in circulation. By 1923, when the architect of Germany’s monetary policy, Rudolf von Havenstein, died of a heart attack, it had 500 quintillion of them. But Germany had also just lost a devastating war. It had lost its industrial heartland – the Ruhr Valley. Its unemployed war veterans were battling it out in the streets – the brown-shirts against the black shirts… the communists against the national socialists.And it had been forced to deliver almost all its real money – gold – in reparations to Britain and France.
Those things were not numbers. And not strictly monetary. But they mattered, too. And in America, had they been less pliant, the numbers might have stood up in 1971, when Richard Nixon decoupled the U.S. dollar from gold, and asked: “Now that the feds can print money at will, won’t they inevitably print too much? Isn’t that the lesson of 2,000 years of monetary history?”
Eight years later, they would have had more questions: “What is the effect of China joining the world economy? They have about 500 million people ready to be put to work. What will that do to inflation?”
- www.rogueeconomics.com
Posted by CoyotePrime at 1:39 PM