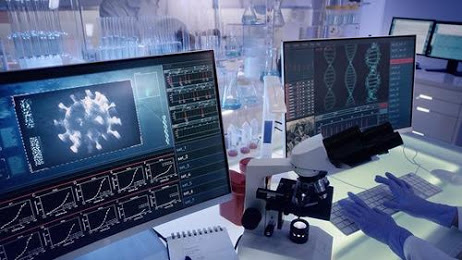 "Unthinkable Thoughts"
by Josh Mitteldorf
"This is not what I enjoy writing about, but as I find dark thoughts creeping into my consciousness, perhaps it is better to put them on paper with supporting logic and invite my readers to help me clarify the reasoning and, perhaps, to point a way out of the darkness.
Already in January, 2020, two ideas about COVID were emerging. One is that there were people and institutions who seemed to have anticipated the event, and were planning for it for a long time. Gates, Fauci, the World Economic Forum, and Johns Hopkins School of Medicine were among the prescient. (I credit the (now deleted) videos of Spiro Skouras.) Second was the genetic evidence suggesting that COVID had a laboratory origin. Funders of the scientific establishment have lost their bid to ridicule this idea, and it has now leaked into the mainstream, where it is fused with the classical yellow peril propaganda: “China did it!”. I have cited evidence that America is likely equally culpable.
The confluence of these two themes suggests the dark logic that I take for my topic today: Those who knew in advance, not only that there would be a pandemic but that it would be a Coronavirus, were actually responsible for engineering this pandemic.
Immediately, I think: How could people capable of such sociopathic enormities be occupying the most powerful circles of the world’s elite? And what would be their motivation? I don’t have answers to these questions, and I will leave speculation to others. But there’s one attractive answer that I find less compelling: that it’s a money-maker for the large and criminal pharmaceutical industry. The new mRNA vaccines are already the most profitable drugs in history, but I think that shutdown of world economies, assassinations of world leaders, deep corruption of science, and full-spectrum control of the mainstream narrative imply a larger power base than can plausibly be commanded by the pharma industry.
Instead, I’ll try to follow the scientific and medical implications of the hypothesis that COVID is a bioweapon.
The Spike Protein: The spike protein is the part of the virus structure that interfaces with the host cell. SARS 1 and SARS 2 viruses both have spike proteins that bind to a human cell receptor called ACE-2, common in lung cells but also present in other parts of the body. Binding to the cell’s ACE-2 receptor is like the wolf knocking at the door of Little Red Riding Hood’s grandmother. “Hello, grandmama. I’m your granddaughter. Please let me in.” The virus is a wolf wearing a red cape and hood, pretends to be an ACE-2 enzyme molecule seeking entrance to the cell.
In order to enter the cell, the virus must break off from the spike protein and leave it at the doorstep, so to speak. This is an important and difficult step, as it turns out. Unique to the SARS-CoV-2 virus is a trick for making the separation. Just at the edge of the protein is a furin cleavage site. Furin is an enzyme that snips protein molecules, and it is common in our bodies, with legitimate metabolic uses. A furin cleavage site is a string of 4 particular amino acids that calls to furin, “hey — come over here. I’m a protein that needs snipping.”
The most compelling evidence for a laboratory origin of COVID is that coronaviruses don’t have furin cleavage sites, and until last year, this trick has never evolved naturally. 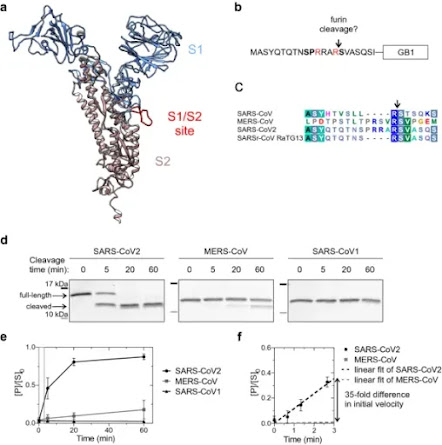 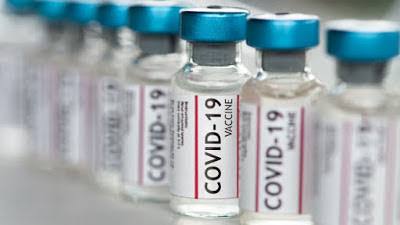 "Everyone Vaccinated For Covid Will DIE, Warns French Virologist"
"There is no chance of long-term survival for anyone who received a Wuhan coronavirus (Covid-19) injection, according to leading French virologist Luc Montagnier. Everyone who is getting jabbed for the Chinese Virus will die, he reportedly stated during a recent interview, which you can watch at Brighteon.com. “There is no hope and no possible treatment for those who have already been vaccinated,” Montagnier stated plainly during the segment. “We must be prepared to cremate the bodies.” After studying at length the ingredients contained in the injections and what they do, Montagnier came to the conclusion that every single person who gets the shot will eventually die from antibody-dependent enhancement, or ADE. “That is all that can be said,” he added."
Full article here:
- https://coyoteprimeblog2.blogspot.com/
○
"Vaccines Will Kill By Cytokine Storm"
○ 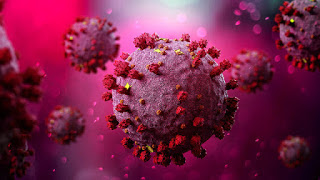 "The prestigious Salk Institute, founded by vaccine pioneer Jonas Salk, has authored and published a bombshell scientific article revealing that the SARS-CoV-2 spike protein is what’s actually causing vascular damage in covid patients and covid vaccine recipients, promoting the strokes, heart attacks, migraines, blood clots and other harmful reactions that have already killed thousands of Americans (source: VAERS.hhs.gov)."
Critically, all four covid vaccine brands currently in widespread use either inject patients with the spike protein or, via mRNA technology, instruct the patient’s own body to manufacture spike proteins and release them into their own blood. This floods the patient’s body with the very spike protein that the Salk Institute has now identified as the smoking gun cause of vascular damage and related events (such as blood clots, which are killing many people who take the vaccines). "Put simply, it means the vaccines were designed to contain the very element that’s killing people."
Full article:
"Bombshell Salk Institute Science Paper Reveals The
Covid Spike Protein Is What’s Causing Deadly Blood Clots…
And It’s In All The Covid Vaccines (By Design)"
○
"‘We Made a Big Mistake’ - COVID Vaccine Spike Protein
Travels From Injection Site, Can Cause Organ Damage"
○
"Yet Another Scientific Study Concludes COVID Is Likely Lab-Engineered"
○
"Replacing The Dead: Corporations Already Planning to Replace
“Vaccinated” Employees Who Will Likely Die Within a Few Years"
Excerpt: “Executives are having their HR staff and their managers, superintendents, floormen, etc., go through and look at the staff that have received the vaccines, and they’re planning on having to replace them all within the next three years. What does that say to you?” The woman does not name herself, but does claim that she runs a company that works in succession planning. We are taking her word for it, but it does resonate with what French virologist and Nobel Laureate Luc Montagnier recently admitted about what will happen to jabbed people within the next few years. View Brighteon video in article.
“It’s got some of these guys literally in tears as they’re going through the company and literally checking off all of these individuals who have taken the vaccine, knowing that most likely within the next three years they’re going to have to replace that person,” the woman adds. “This is a really big thing in the industry that I’m in. These massive gas and oil companies are looking to have to replace thousands of personnel.”
Posted by CoyotePrime at 6:04 AM