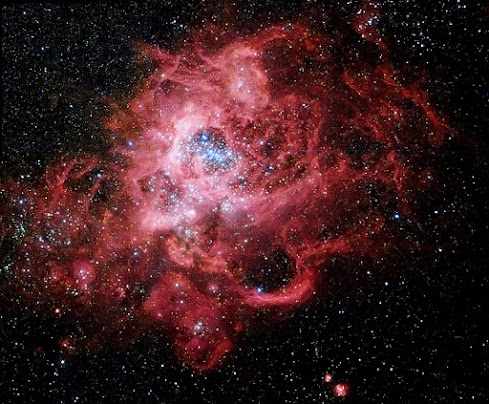 Many young stars from this cloud are visible in the above image from the Hubble Space Telescope, along with what is left of the initial gas cloud. Some stars were so massive they have already evolved and exploded in a supernova. The brightest stars that are left emit light so energetic that they create one of the largest clouds of ionized hydrogen gas known, comparable to the Tarantula Nebula in our Milky Way's close neighbor, the Large Magellanic Cloud.”
- http://apod.nasa.gov/apod/ap121211.html
Posted by CoyotePrime at 2:05 PM