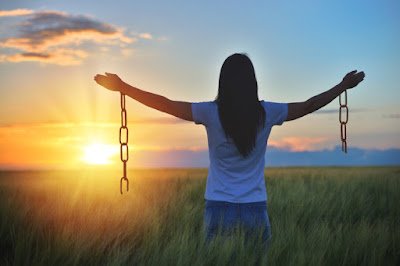 "Free At Last"
by Jim Kunstler
"For now, the public seems to want nothing more than to breathe a little easier - that is without masks on our faces after a year of Covid-19 paranoia - and attempt to return to something like normal life. It’s like an “all-clear” siren went off the past week and a consensus swept the land that can be summed up as we’re done with that. There were zero cases of Covid-19 in my upstate New York county the past week and now the few people going around still-masked begin to look a little like whack-jobs acting out a stupid morality play.
The official Covid-19 narrative took quite a beating last month, but the bottom line of it all is hardly reassuring. The main theme of the narrative was the insistence by public health authorities at the highest level, staunchly supported by the compliant news media, that the disease did not originate in the Wuhan, China, virology lab. They kept the story going all year. Then, just days ago, the narrative flipped and is suddenly accepted as self-evident: of course, the virus came out of the Wuhan lab! (Jon Stewart shouted this out right in Stephen Colbert’s contorted face on TV.) Dr. Fauci’s email trail says as much, along with videos of his colleague Peter Daszek bragging on it as far back as 2012, with plenty of supporting evidence from various Chinese scientists.
But the flip-flop on Wuhan leaves some extremely uncomfortable questions that the nation is too distracted (or dishonest) to debate in the public forum, the public forum these days being mostly social media: Twitter and Facebook. And it’s not altogether clear whether they will continue to suppress discussion about the origin of the virus, and issues arising out of that - though they risk looking tyrannically obtuse if they keep up the gaslighting. And in these sorry years of anything goes and nothing matters, Zuck and Jack may never have to answer for their craven deeds.
The biggest question that the authorities want to evade is: if the virus did originate from the Wuhan lab, was it released by accident… or on purpose? The “Joe Biden” government is now forced to, at least, pretend that it will investigate. My guess is: they don’t want to know. It would raise enough subsidiary questions to leave a normal person panting with nausea. For instance: was China trying to soften-up the USA by disabling our economy? And soften us up… for what? Some observers who are hardly dumb or crazy think that China wants to reduce the USA to a vassal nation that can only supply China with food, oil, and other resources.
Sound far-fetched? Maybe. After all, we still have that fleet of submarines armed with multiple-warhead nuclear missiles circulating around the oceans as a kind of insurance policy. But Americans have to do something to make a living, and it sure isn’t going to be mass production of consumer goods, like in the old days. Meanwhile, the infrastructure of the service economy got gutted during the lockdowns - millions of businesses bankrupted, restaurants, yoga studios, concert venues, dog groomers, shops of all kinds, you name it - gone, and a lot of the people who took livelihoods from all that are financially ruined for good.
What’s left? Health care and pharma, two odious rackets preying on the psychological weakness of people so beaten down by adversity that they can only console themselves with junk food, liquor, sexual debauchery, and drugs, and then must beg the health care system to fix them - after which it squashes them to death with outlandish charges for services rendered? Or government, another reprehensible racket, seeking desperately now to control its citizens’ every move while everything it does is not only running wildly out of control, but via the most idiotic, suicidal policies - such as throwing the border with Mexico wide open to all comers, while it pays Americans to not work.
The leading government policy just now is to hector, browbeat, and coerce Americans to get vaxed-up with vaccines that appear to be pretty hazardous. The Moderna, AstraZeneca, and Johnson & Johnson vaccines so far (which is not very far) have produced more deaths and adverse events than all the other vaccines for all other diseases developed in the past thirty years, and we have no idea what the long-term effects will be of a spike protein that likes to damage blood vessels, brains, and reproductive organs. That’s another thing the news and social media don’t want the public to inform themselves about, not to mention the scientifically-based opinion that vaccinating a populace in the middle of an epidemic is pretty certain to provoke the evolution of new and more dangerous variants of the disease agent.
For now, all these mighty issues stand aside while Americans enjoy some early summer days of liberation from a long nightmare. Coincidentally, the Democratic Party has just now engineered two separate-but-equal Independence Days for America: Juneteenth, for People of Color, and the familiar old Fourth of July for everybody else. Isn’t that a fine way to reinforce the idea that we are irreconcilably so far apart?"
- https://kunstler.com/
Posted by CoyotePrime at 10:56 AM