"The Fed’s Done It Again" 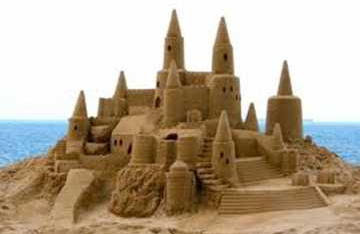 "The Fed’s Done It Again"
by Brian Maher
"Five consecutive losing sessions. The stock market’s despairingest week since January. The Dow Jones Industrial Average opened the week at 34,381. It closed the week at 33,290 - a 1,091-point falling away. The index plummeted 533 points today alone. The S&P and Nasdaq underwent similar harrows, on a percentage basis. The S&P surrendered 55 points today; the Nasdaq, 131.
The very angels weep. What is the going explanation? The Federal Reserve has once again frightened the horses, fluttered the dovecotes and flustered the fish. CNBC: "U.S. stocks fell on Friday with the Dow Jones Industrial Average on pace to post its worst week since January, after St. Louis Federal Reserve President Jim Bullard told CNBC the first rate hike could come as soon as next year. Economic comeback plays led the market sell-off."
The Federal Reserve’s latest consensus - this week reached - projected two rate hikes in 2023. That alone was sufficient to quiver the markets. But today, this monetary grandee mumbled about a rate increase in late 2022. Here are Mr. Bullard’s specific comments: "This is a bigger year than we were expecting, more inflation than we were expecting. I think it’s natural that we’ve tilted a little bit more hawkish here to contain inflationary pressures."
He expects inflation will go at 3% this year - and 2.5% next year. Both estimates exceed the Federal Reserve’s just perfect 2% inflation rate. And so: If that’s what you think is going to happen, then by the time you get to the end of 2022, you’d already have two years of two-and-a-half to 3% inflation. To me, that would meet our new framework where we said we’re going to allow inflation to run above target for some time, and from there we could bring inflation down to 2% over the subsequent horizon.
And so you have today’s stock market plummet - at least in part. Our men inform us of a complementary explanation… It is technical in nature and beyond our slender understanding of market piping and wiring. But it involves the expiration of options - a “quad witch” in particular. This day represented the second-largest single stock options expiration in market history. $818 billion of stock options expired. And the business evidently amplified the rout. “Evidently,” because its operations are mysterious to us.
Can you penetrate Goldman’s gobbledygook? Then you earn our highest hosannas: "At major expirations, options traders track situations where a large amount of open interest is set to expire. In situations where there is a significant amount of expiring open interest in at-the-money strikes (strike prices at or very near the current stock price), delta-hedging activity can impact the underlying stock’s trading that day. If market makers or other options traders who delta-hedge their positions are net long ATM options, expiration-related flow could have the effect of dampening stock price movements, causing the stock price to settle near the strike with large open interest. This situation is often referred to as a “pin” and can be an ideal situation for a large investor trying to enter/exit a stock position. Alternatively, if delta-hedgers are net short ATM options (have a “negative gamma” position), their hedging activity could exacerbate stock price moves."
Just so. We can only conclude the delta-hedgers had negative gamma positions. We are willing to take correction... if mistaken. Regardless, we are informed it is a passing fright. It should not carry into next week. But put aside the arcane market sciences and take up this fundamental question: What kind of stock market is this that shrieks at the prospect of a minor rate increase late next year? Or two minor rate increases in two years? We must conclude it is not a sturdy one if a slight wind can knock it down.
Yet the Federal Reserve cannot quiet the winds for all time. Soon or late, a good gust will blow on through. Perhaps - even - a mighty gale. How will the stock market withstand the inevitable blast? Again, we must conclude it cannot. “You can build a throne of bayonets,” said former Russian president Boris Yeltsin - “but you can't sit on it for long.” Alternately… you can build a stock market upon foundations of sand... as the Federal Reserve has. But how long can you sit upon it?"
- dailyreckoning.com
Posted by CoyotePrime at 3:51 PM