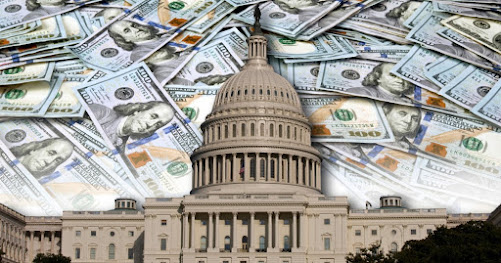 "Carry On Spending!"
by Bill Bonner
"Americans are getting stronger. Twenty years ago, it took two people
to carry ten dollars’ worth of groceries. Today, a five-year-old can do it."
– A Henny Youngman quote sent by a dear reader.
YOUGHAL, IRELAND – "Newsflash from the G7 summit in Cornwall! Here’s the Financial Times: "Biden wins backing from G7 leaders to “carry on spending” …as western leaders rejected austerity in a post-Covid world and vowed to tackle inequality at home and abroad.
What can you say in response? Is there any sarcasm worthy of the task? With inflation figures on the rise… debt levels reaching beyond those of World War II… and deficits that even a sh*thole country would be embarrassed to admit…
Here’s our longtime sidekick, Dan Denning, with an update: "Did you see the deficit numbers? $2.6 trillion in revenues through May. But $4.7 trillion in spending. Maths: $2.1 trillion deficit."
Addressing Inequality: You’d think leaders might want to show some restraint. Some moderation. Maybe even trim a little fat. “Austerity” – aka not spending money you don’t have on boondoggles you shouldn’t do anyway – is what the situation calls for. Instead… the spend-a-palooza continues. And why? To “tackle inequality”?
Right. The U.S. leaders, who shifted (by our rough estimate) $30 trillion to the top 10% of the population, are now going to address the “inequality” issue. How? Cutting off the tall man’s legs and lowering the smart man’s IQ by making him watch TV? Forcing thin women to eat more so they will be as roly-poly as the fat ones? No, Dear Reader, the leveling will be done with money. And like the rest of the stimmy program – fraudulently.
Intentional Inflation: Last week, we saw that “inflation” is not just a matter of rising consumer prices. It is an intentional “inflation” of the money itself – like counterfeiting. It’s not the higher prices that do the damage. It’s the fraud behind them. Throughout the “western” world, the feds are deliberately robbing people by printing up fake money and pretending it is real. And if that weren’t bad enough, they are setting the economy up for a catastrophe of runaway inflation (who will stop it? Not the elite!)… bubbles… busts and boondoggles galore.
Three Important Decisions: But let’s take a break. It’s a beautiful morning here in Ireland. A shame to waste it. Last weekend, we drove up to Dublin. The sun was shining. People were out and about. St. Stephen’s Green, in the center of the city, is stunning this time of the year. 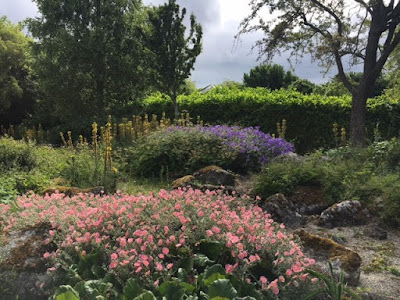 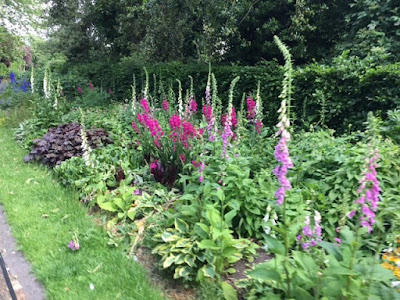 Some photos from our stroll through St. Stephen’s Green.
Long ago, we noticed that there are only three important decisions you make in your life: What you do, where you do it, and whom you do it with. How much money you make didn’t make the list. As we strolled through the park, it occurred to us that there was nowhere else we would rather have been at that moment. It was beautiful… and with a kind of old, manicured charm that raw nature never matches.
The park was once a marshland, adjacent to the city, used for “grazing sheep and public executions.” It was given the name of a leper hospital that used to be on the site, Saint Stephen’s. Stephen was the first Christian martyr. According to the Acts of the Apostles, he was stoned to death in Jerusalem in 34 AD. The lapidation was supposedly witnessed by Saul of Tarsus who, in spite of what happened to Stephen, decided to become a martyr himself and was later beheaded in Rome.
In 1663, the Dublin Corporation thought it might get a better price for the surrounding property by turning it into a private park, for use by the gentry only. Then, at the initiative of Sir Arthur Edward Guinness, the source of whose wealth needs no explanation, it was made public in 1880.
Freedom Fight: St. Stephen’s Green played a role in the Easter Rising of 1916, when members of the Irish Citizen Army dug into positions in the park where they might resist the British troops. The campaign against British rule in Ireland was remarkably amateurish… even for a nation of poets. The British took over the nearby Shelbourne Hotel, from which they had a clear field of fire directly onto the Irish positions. The Irish, led by Christopher “Kit” Poole and Constance Markievicz, among others, had to withdraw. Both Poole and Markievicz were captured. Poole was sent to a prison camp in England, but was granted amnesty, and later led a detachment to raid an American ship – the USS Defiance – robbing her of a shipment of guns and ammunition. Markievicz narrowly missed lapidation herself. She had apparently shot and killed an unarmed Dublin policeman (the report is disputed). The military court recommended the firing squad. Instead, she, too, was amnestied, returned to Dublin, and made a nuisance of herself until she died at age 59.
What, Where, With Whom: Why are we telling you these things? Hmmm… we can’t remember… It must have something to do with that stray thought… that few things really matter – just the what, where, and with whom.
Inflation? The trouble with the feds’ plan to “carry on spending,” is that it eventually comes crashing through the window like a rock. We may not be able to live where we want (the United Nations says 4 million people have been forced to leave their homes in Venezuela because of the hyperinflation there, for example). We may not be able to do what we want, either – businesses close… holidays are cancelled… projects are delayed, then forgotten. And with whom? Under pressure… families get separated. Work teams are broken up.
Federal spending is the main way that monetary inflation (in the Fed’s balance sheet) gets transmitted to the economy and into consumer prices. Then, once prices begin rising in a substantial and sustained manner, people all over the world take out their dollars and try to get rid of them. That’s what causes the “velocity” of money to increase… giving “inflation” a life of its own. We’re not there yet… but the feds are piling up the stones."
- www.rogueeconomics.com
Posted by CoyotePrime at 11:37 AM