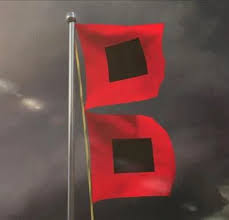 "Inflate AND Die"
by Bill Bonner
YOUGHAL, IRELAND – "That was fast! Already… the inflation threat is over. Bloomberg tells us more: "With investors anxious to hear the Federal Reserve’s latest take on inflation after last week’s hot reading, certain corners of the market are already simmering down.
Take lumber, one of the biggest gainers among commodities in the past year as stuck-at-home Americans poured money into remodeling. It’s slumped 40% since its peak in May. The booming housing market has also cooled, with an index that measures consumer plans to buy homes tumbling last month. And copper has eased from an all-time high.
[…]
The Treasury market, for one, has shown itself unperturbed by the latest readings that highlighted the fastest year-over-year acceleration since 2008. Stocks haven’t minded either, with the S&P 500 breaking out to its first record since early May last week."
Or is it? Breitbart reports: "Worries About Big Ticket Item Inflation Hit Worse Level Since 1982." "The University of Michigan’s survey of consumer sentiment showed U.S. consumers more concerned with higher prices of appliances, houses, and cars than anytime in 39 years, according to the survey’s chief economist Richard Curtin."
Critical Distinction: So what’s ahead? Tomorrow, the Federal Reserve will announce its latest policy move. Most recently, it has been “thinking about thinking about tapering.” What that means is that if it thinks it is already reaching its inflation target – 2% per year – it might begin to think about backing off from its $120 billion-a-month counterfeiting program. But it’s this money-printing itself that is the real “inflation,” not the price increases you see at the grocery store. The point of today’s Diary: While the future price of strawberries is unknowable, the future of the Fed’s inflation is unavoidable.
True Prices: We saw last week that prices are not a problem. It doesn’t matter that they are high or low… as long as they are true. A true price tells us something important – input costs, supplies, demand. A phony price misleads, confuses, and defrauds us all – investors, producers, and consumers alike.
When the U.S. was flooded with imports from China, Mexico, and Vietnam, for example, prices fell. The lower prices told us that the foreign manufacturers could produce many things more cheaply than we could in the U.S. American retailers rushed to source their goods from overseas… and consumers rushed to Walmart to buy them. American labor, meanwhile, lost its bargaining power.
But when Wall Street prices rose – without the additional profits to justify them – the information content was ersatz. It misled investors into supporting zombie companies, gambling on further capital gains, and wasting precious time and resources.
Real Prices: And it soured the social stew. Artificially low interest rates, an implicit stock market guarantee, and bond purchases (such as its current $120 billion-a-month program) shifted trillions of dollars’ worth of wealth. The elite, who own stocks and bonds, took the Fed’s money without even a “thank you.” The factory girls and toolbelt guys, who provide real goods and services, got nothing – leaving them, relatively, even worse off.
Real prices – based on shifting labor and raw material costs, shipping patterns, retailing methods, consumer preferences, and innumerable other factors – are inherently unpredictable. Bad summer weather could raise the price of watermelons, for example. (The Fed’s attempt to raise prices at a steady 2% annual rate is therefore as preposterous as it is unattainable.)
Inflate AND Die: But while we can’t know what will happen to real prices… we can make a fair guess about what’s ahead for the Fed’s inflation campaign. It’s now inevitable… deliberate… and disastrous. Dear reader H.R.E. has suggested a revision of our “Inflate or Die” description. It’s now “Inflate AND Die,” he says. He’s got a point. Fish gotta swim. Birds gotta fly. The feds gotta inflate. No matter when or how real prices react, the fake signals and hidden robbery in the feds’ inflation is gonna kill us all. Everybody must get stoned. How? When…? Woody Allen remarked, “Just tell us where… and we’ll avoid the place."
No Escape: But as we saw yesterday, there may be nowhere – at least in the G7 nations – you will be able to escape to. France, Japan, Canada, Germany, Italy, and the United Kingdom – all the other G7 nations are in on the caper. All G7 nations have staggering levels of debt – Japan, for example, has government debt greater than 250% of its GDP… or more than twice the U.S. level… All have more and more old people and fewer and fewer young people to look after them. Italy’s population is expected to be cut in half by the end of the century… All are facing huge social and political problems, since they are unable to make good on the promises they’ve made to voters… All are caught in the “Inflate AND Die” trap… forced to finance deficits with printing-press money… All believe they can and should switch to “green” energy, though none has the huge amount of capital that the “great transition” would require…
Global Spree: Yes, Dear Reader, the scam has gone global. And we are looking at the first international, coordinated inflation spree in history. Hundreds of millions of people will be ripped off… by globalized inflation, globalized taxes, and globalized claptrap. And it will be harder than ever to avoid it."
- www.rogueeconomics.com
Posted by CoyotePrime at 6:25 PM