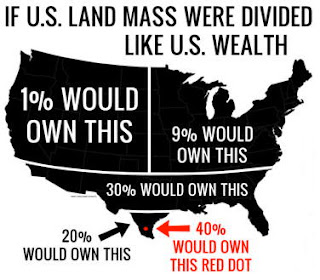 "Clarity In Trump's Wake"
by Angelo Codevilla
"Either the Constitution matters and must be followed... or it is simply a piece of parchment on display at the National Archives."
- Texas v. Pennsylvania et al.
"Texas v. Pennsylvania et al. did not deny setting rules for the 2020 election contrary to the Constitution. On December 10, 2020, the Supreme Court discounted that. By refusing to interfere as America’s ruling oligarchy serves itself, the court archived what remained of the American republic’s system of equal justice. That much is clear.
In 2021, the laws, customs, and habits of the heart that had defined the American republic since the 18th century are things of the past. Americans’ movements and interactions are under strictures for which no one ever voted. Government disarticulated society by penalizing ordinary social intercourse and precluding the rise of spontaneous opinion therefrom. Together with corporate America, it smothers minds through the mass and social media with relentless, pervasive, identical, and ever-evolving directives. In that way, these oligarchs have proclaimed themselves the arbiters of truth, entitled and obliged to censor whoever disagrees with them as systemically racist, adepts of conspiracy theories.
Corporations, and the government itself, require employees to attend meetings personally to acknowledge their guilt. They solicit mutual accusations. While violent felons are released from prison, anyone may be fired or otherwise have his life wrecked for questioning government/corporate sentiment. Today’s rulers don’t try to convince. They demand obedience, and they punish.
Russians and East Germans under Communists Leonid Brezhnev and Erich Honecker in the 1970s lived under less ruling class pressure than do today’s Americans. And their rulers were smart enough not to insult them, their country, or their race.
In 2015, Americans could still believe they lived in a republic, in which life’s rules flow from the people through their representatives. In 2021, a class of rulers draws their right to rule from self-declared experts’ claims of infallibility that dwarf baroque kings’ pretensions. In that self-referential sense, the United States of America is now a classic oligarchy.
The following explains how this change happened. The clarity that it has brought to our predicament is its only virtue."
Please view this complete and highly recommended article here:
- https://www.zerohedge.com/
Posted by CoyotePrime at 7:02 AM