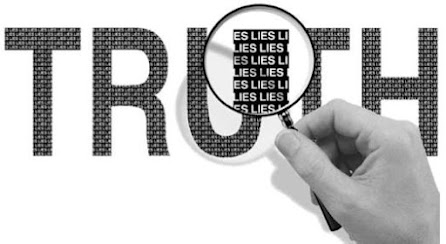 "Redefining Death"
by Eric Peters
"The biggest lies go down easiest – because most psychologically normal people have trouble believing anyone could lie on a scale like that. This is why psychopaths get away with lying on an epic scale. It is literally unbelievable. It is why people working 60 hours a week for $15 an hour believe in TV evangelists who live in multimillion dollar homes and travel in private jets. And it is why people believe that “400,000” have died Because Corona. They hear the sermons – which like those of the TV evangelist are full of fire and brimstone, death – and promises of salvation. Now send in $100.
Or wear “your” mask. Accept a life of perpetual diminishment, personal and economic. Subservience eternal – as the price of your salvation. But maybe hold off on sending in that $100 and consider some simple division.
We’re told that – as of the end of 2020 – about 315,00 people died Because Corona. The problem is, almost no one died of anything else. The CDC said – in late December – that the total number of deaths from all causes in the U.S. over 2020 was about 2.9 million. If you subtract the number of asserted deaths Because Corona, you end up with fewer total deaths than in any years since 2014.
There’s a very revealing article over at uncoverdc.com by the journalist Celia Farber, who specializes in sussing out large-scale medical fraud and who has written for Esquire, Harper’s and Rolling Stone. She cites an academic paper just published – “A Critical Review of CDC USA Data on COVID-19: PCR/Antigen Tests & Cases Reveal Herd Immunity Only & Do Not Warrant Public Hysteria or Lockdown,” by atmospheric scientist James DeMeo, Ph.D.
DeMeo did the math and came up with a conclusion so spectacular it is very hard to believe – because the idea of a lie on such a monumental scale is hard to believe. But numbers don’t require belief. They just are.
Well, the number of people who’ve died, at rate – which isn’t fungible. You can’t inflate the body count – as opposed to the cases! the cases! But the reason for these deaths can be redefined – and that’s what DeMeo’s paper deconstructs.
According to the CDC’s numbers as of the end of 2020, approximately 2,916,492 people died in the United States during all of 2020, with about 315,507 of those deaths attributed to the “novel” Corona virus. But when you subtract the latter from the former you get 2,600,985 total deaths – a lower number of deaths than for any years since 2014. The conclusion must be that either 2020 was a year in which people stopped dying – or the year in which deaths were redefined.
Farber quotes DeMeo: “That figure, 2,600,985, is less than the all-cause death counts each year going back to 2014! That means the total death count for all fatal diseases and accidents in 2020, excluding Covid-19, dropped mysteriously and substantially - right about to the same degree that Covid-19 went up. For the Covid deaths to be genuinely new ‘excess’ deaths, that all-cause total of 2.9 million - which already includes ‘Covid-19’ deaths - should be something like 3.2 million, with an annual increase in 2020 of at least 360,000 deaths, not 61,000.”
Put another way, there are about 300,000 “missing” deaths for all of 2020 – e.g., deaths from ordinary influenza/pneumonia – which deaths have all-but-disappeared – as well as deaths from heart disease and cancer and so on. “What’s going on with influenza statistics? They’ve gone down to a very low number, the figure I found was 0.2%. Two-tenths of one percent, when at this time of year, we should be having something between 5 and 20 percent. In terms of the number of influenza deaths, that happens every winter. The numbers they are throwing out make no sense whatsoever,” DeMeo says.
Then a really strange thing happened. On January 7, the CDC altered its body count and came up with another 269,249 deaths for 2020 and added these in a lump-sum to the 2020 total and – presto! – about 3.2 million total dead. Farber writes: “Evidently, 269,249 people suddenly died in the last week of 2020.” This is also so improbable as to beggar belief.
Farber quotes Tom DiFerdinando, an associate of DeMeo’s: “Without those added deaths, there would be no evidence of a Covid pandemic,” he said. ”This triangulation of facts: essentially no excess deaths beyond the normal annual background count; absolutely NO relationship between Covid “confirmed” cases and Covid “confirmed” deaths; and the mysterious, last-minute dump of 268,259 all-cause deaths into the 2020 end-of-year all-cause death totals; completely demolish any pretext of there having been a 2020 viral pandemic, whether caused by a novel coronavirus or by anything else and that therefore there is no rational reason to be putting masks on children, isolating elders, destroying businesses, locking down populations or shattering the public trust.”
DeMeo adds: “The numbers do not lie; the numbers tell the story. Where are the massive, massive numbers of people dying, which you would correlate with positive PCR and antigen tests, which is what you would expect to happen. People who are dying of old age diseases, they’re re-defining them as Covid 19, but the symptomatology is so exactly similar to influenza and other lung diseases.”
So how many people have actually been Corona’d so far in the United States? According to DeMeo it might be as high as 16,848 people. The article’s worth your time – as hard as it may be to believe."
- https://www.theburningplatform.com/
○
The corrupt establishment will do anything to suppress sites like the Burning Platform from revealing the truth. The corporate media does this by demonetizing sites like mine by blackballing the site from advertising revenue. If you get value from this site, please keep it running with a donation. [Jim Quinn - PO Box 1520 Kulpsville, PA 19443] or Paypal at the website.
○
A MUST Read: 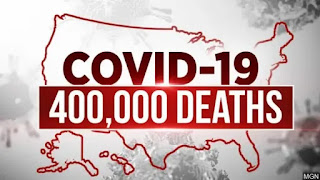