"What Will It Take?" 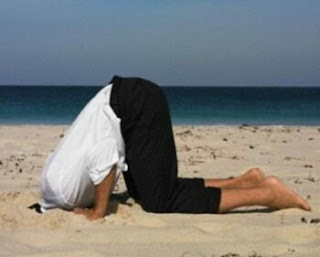 "What Will It Take?"
by Ray Jason
"Wake up, Humanity! What will it take before you snap out of your trance and realize that this Wuhan Virus “pandemic” is the most malicious fraud ever devised. It is the only psychological operation that has been attempted on a global scale. Even World War I and World War II did not bludgeon the entire planet.
What will it take before you realize that when the “experts” look into the TV cameras and tell you that this is about your health, they are lying. This is about submission and domination. This is about confusing you and demoralizing you and completely breaking your spirit. How else do you explain their latest gleeful atrocity… anal swabs.
Our Malignant Overlords have been carefully monitoring our reactions to this scamdemic, and they now believe that the masses are so docile that they will accept almost any level of degradation. The lunacy of detecting a respiratory ailment with a digestive system test, is obscenely absurd. It’s like treating constipation by putting a cast on somebody’s arm.
Perhaps being forced at an airport to bend over for “The Swab,” might be the “What will it take” moment. Maybe this perverted invasion of human privacy and dignity, will be the catalyst for a tsunami of justified resistance. Might the people finally arise and say, “We will no longer submit or comply or let you destroy us with your imaginary disease!”
But if it is “imaginary,” the Karens exclaim, how do you explain all of the WuFlu deaths? The answer is that they are the result of deliberate deception. The average “deaths per 1,000” numbers around the world did not increase in 2020. Had there truly been some ghastly plague, these figures would have been significantly higher.
The deaths attributed to C-19 are in fact “reclassification deaths.” Notice that influenza and pneumonia and tuberculosis have practically disappeared from the charts of annual deaths. Was this because miracle cures for all three of these were suddenly discovered?
No, it was because they were reported as WuVi deaths. And there were major financial incentives to do so. For example, in the U.S., if the death certificate said C-19 was the cause, the hospital would receive a government payment of tens of thousands of dollars. But they received zero for other respiratory diseases.
Another motivating factor for falsifying the death statistics, was the power that it granted to petty tyrants. Most people, due to their “decency bias,” have a difficult time believing that some humans are just born with the desire to dominate others.
Such damaged individuals seek careers that allow them to exercise that craving for power. Politics and bureaucracy offer immense opportunities to actualize their Napoleonic perversions. And the more soulless and ruthless they are, the higher they climb in the domination hierarchy.
I have found myself wondering what will it take so many times during the last year. Here are some examples that might have astounded you as well.
When the “two weeks to flatten the curve” turned into months and months and months. When the cheap and amazingly effective therapy using hydroxichloroquine was demonized and then banned in many places.
When 1,000s of years of medical protocols were forsaken in favor of a policy that locked-down everyone instead of the sick, the elderly and the vulnerable. When anyone questioning this medical strategy was ridiculed and silenced.
When masks were made mandatory, even though it actually says on the side of the box that such masks do not protect a person from viruses. When the experts started claiming in one voice that we would never return to “the Old Normal”… almost as though they had a secret agenda fully mapped out for us.
When even the transition to their “New Normal” became as shifting and dangerous as quicksand. They told us that when herd immunity was reached, the lock-downs and masks would be discarded. That was soon changed to when enough people were vaccinated. But then we were told that even after vaccinations, masks and lock-downs would still be required.
So, what will it take, before you realize that these people are stealing your freedom and your dignity and your future? Will the anal swabs finally jolt you into peaceful insurrection? Or will you just continue watching and believing your TVs… but from the bent-over position?"
- https://www.theseagypsyphilosopher.blogspot.com/
- https://www.theburningplatform.com/
○
An essential Must Read:
"Redefining Death"
Posted by CoyotePrime at 11:47 PM