"No Ways Tired in A Sea of Lies" 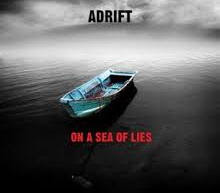 "No Ways Tired in A Sea of Lies"
by Chris Floyd
"I think we are living in a world of lies: lies that don't even know they are lies, because they are the children and grandchildren of lies. One of the hardest things to accept is that the reality of our world is buried under so many layers of official deception and well-cultivated public ignorance about our history and our political system. Even if you break through somehow, momentarily, and hold up a fragment of the truth, most people have no context for dealing with it. It's like a bolt from the blue, they can't process the information. And so the sea of lies closes over us again, and again, and again. And yet the reality of our future appears on the horizon, denial be damned, an irresistible tsunami of destruction, changing all our lives forever.
These are the facts, and they can't be altered. But how to respond to this catastrophe? Shall we weep, moan, rend our garments, cover ourselves with sackcloth and ashes? Shall we sit upon the ground and tell sad stories of the death of republics? Shall we cower in the shadows and sing glamorous dirges for the Lost Cause, for vanished glories and broken dreams?
Or shall we come out fighting, unbowed, heads high, laughing fools to scorn, rejecting at every turn the moral authority of murderers and thieves to rule our lives, determine our reality, act in our name? Let's dispense with lamentation - give not a single moment to that emotional indulgence - and get right back to work, more determined than ever to bear down harder, dig deeper and excavate the radioactive nuggets of truth still glowing beneath the slag-heap of ruin.
Let's fight, let's reject, let's resist - without violence, the weapon of the stupid, the hormonal secretion of evolutionary backsliders in thrall to the chemical soup in their heads, dull primitives dressing up their ape-lust for power with scraps of religion, philosophy and cant. Let's fight these pathetic, malfunctioning wretches who lay their hands on our world and rape it like beasts in a mindless rut. Fight them with the truths we find, exposing their crimes and deadly hypocrisies to the people they've suckered, perverted and betrayed.
This is not an insurmountable task, no matter how impervious the Machine - that monstrous conglomeration of judicial bagmen, Congressional rubber stamps, psychopathic media moguls, dopehead radio ranters, sex-crazed theocrats, war profiteers, think-tank bleaters, Wall Street sharks, oilmen, Moonies, gun nuts and woman-haters - might appear at the moment.
I don't know what else we can do, except to keep on telling as much of the truth as we can find, to anyone who will listen: reclaiming reality, fragment by fragment, one person at a time. It's an endless task- maybe a hopeless task- but the alternative is a surrender to the worst elements in our society- and in ourselves. It's worth the fight. Let's take it on. In the words of the old spiritual, let us be in no ways tired. The road back to sanity starts now."
- http://chris-floyd.com/
Posted by CoyotePrime at 9:20 AM