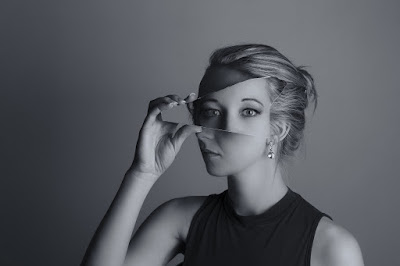 "Our Simulacrum Economy"
by Charles Hugh Smith
"Readers once routinely chastised me for over-using simulacrum to describe our economy and society. The problem is this word perfectly describes the hollowed-out, rigged economy and social order we inhabit and so synonyms don't quite cut it: it's not the same as simulation or imitation or counterfeit. My use (or over-use) dates back to the 2009 publication of my book "Survival+", which included a chapter titled Simulacrum and the Politics of Experience. I use simulacrum to describe a carefully constructed representation of a once-authentic system that is intended to shape our behavior to suit the interests of those constructing the simulacrum.
The simulacrum has the look and feel of the once-authentic system but it's rigged to benefit the few whose interests are better served by the simulacrum than they could ever be served by an authentic system. As I wrote in "Survival+:" A simulacrum is used to distort a reality that, once revealed, would cause the target audience to act in ways that would not serve the interests of those deploying the simulacrum.
The point of a simulacrum is to mimic an authentic system realistically enough so nobody notices it's rigged to benefit the few at the expense of the many. This is different from a simulation--for example, a flight simulator--that models the actual experience. It's also not a faux copy or counterfeit of the authentic system; it is a replacement that's real in every way.
French Postmodernist Jean Baudrillard's 1981 book "Simulacra and Simulation" attempts to differentiate Simulacra and Simulation by noting that a simulacrum is not a copy of an original (i.e. a counterfeit) because the original is no longer accessible. As a result, the simulacrum becomes not just real but hyper-real.
For an example, consider capitalism which in its classical form is the risking of capital to generate financial and social gains that were not possible in a pre-capital economy. The labor and materials needed to construct a major canal, for example, were beyond the reach of villages or even towns, and so their economies remained localized and poor due to the inability to reach distant, more lucrative markets. Once capital could be assembled in sufficient size, the localized, fragmented economies were unified by the canal, and commerce expanded exponentially as a result, benefiting everyone with access to the canal: laborers, farmers, craftspeople, traders and those who risked the money to construct the canal.
Contrast this authentic form of capitalism with the monopoly-finance-state version we inhabit, a simulacrum of authentic capitalism that retains enough superficial similarities to the original that the vast majority of participants don't even realize that their experience of this simulacrum is entirely different from an experience of authentic capitalism.
Rather than draw benefits from this hyper-real monopoly-finance-state version, the vast majority of participants are exploited, as the value of their labor and capital is extracted by the simulacrum version of "capitalism" which divvies up the extracted value between the monopolies / cartels who control most of the valuable economic activity, the financial sector that parasitically feeds on the real economy and the state, which extracts wealth to feed its vast network of dependents, enforcers and minders of the entire system.
In this hyper-real simulacrum, a vast fortune is never more than a couple of stock gambles, TikTok clips or YouTube videos away. Or for those wary of the casino, the enormous mortgage taken on for life promises access to the riches of the Everything Bubble. In the hyper-real casino, everyone has access to the terrors of losing, but only a few know the joys of the rigged games that guarantee a few big winners by design and a fortunate few who stumbled into the game at a propitious moment.
As Baudrillard anticipated, the authentic original version of capitalism is no longer accessible. The simulacrum that we call capitalism is rigged, and the mechanisms are so cleverly obscured that the vast majority of participants willingly allow themselves to be exploited, disempowered or marginalized because they have no experience or even reference point to the authentic original version, as it no longer exists. Everything they know and experience - the economic models, symbols, signifiers, narratives, adverts, etc., and their own conceptions of value and agency, have all been so thoroughly debauched that they have no idea that the authentic original has been lost.
The problem is our system only survives by cannibalizing its weakest parts, and once they've been consumed, the system can no longer sustain itself and it expires. Simulacra are not fake, but they are profoundly unstable and prone to collapse. Everything gluing the monopoly-finance-state system together is unraveling due to the excesses of extraction and exploitation the system has perfected.
Once the rigged system collapses, we'll have an opportunity to assemble an authentic economy, a new original that isn't rigged to benefit the few at the expense of the many. This is what I discuss in my new book "A Hacker's Teleology: Sharing the Wealth of Our Shrinking Planet," (free excerpt (PDF)."
- https://www.oftwominds.com/
Posted by CoyotePrime at 4:06 AM