Chet Raymo, “A Sense Of Place” 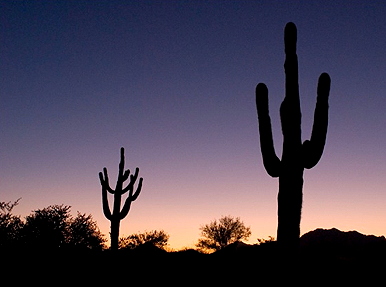 “A Sense Of Place”
by Chet Raymo
“It would be hard to find two writers more different than Eudora Welty and Edward Abbey. Welty was a Pulitzer Prize-winning author of stories and novels who lived all her life in Jackson, Mississippi, in the house in which she was born, the beloved spinster aunt of American letters. Abbey was a hard-drinking, butt-kicking nature writer and conservationist best known for his books on the American Southwest. Both writers are favorites of mine. Both were great champions of place. I always wondered what it would have been like if they got together. As far as I know, that never happened. But let’s imagine a conversation. I have taken extracts from Welty’s essay “Some Notes on River Country” (1944) and from Abbey’s essay “The Great American Desert (1977) and interleaved them.

“This little chain of lost towns between Vicksburg and Natchez.”

“This desert, all deserts, any deserts.”

“On the shady stream banks hang lady’s eardrops, fruits and flowers dangling pale jade. The passionflower puts its tendrils where it can, its strange flowers of lilac rays with their little white towers shining out, or its fruit, the maypop, hanging.”

“Oily growths like the poison ivy – oh yes, indeed – that flourish in sinister profusion on the dank walls above the quicksand down those corridors of gloom and labyrinthine monotony that men call canyons.”

“All creepers with trumpets and panicles of scarlet and yellow cling to the treetops. There is a vine that grows to great heights, with heart-shaped leaves as big and soft as summer hats.”
“Everything in the desert either stings, stabs, stinks, or sticks. You will find the flora here as venomous, hooked, barbed, thorny, prickly, needled, saw-toothed, hairy, stickered, mean, bitter, sharp, wiry and fierce as the animals.”

“Too pretty for any harsh fate, with its great mossy trees and old camellias.”
“Something about the desert inclines all living things to harshness and acerbity.”

“The clatter of hoofs and the bellow of boats have gone. The Old Natchez Trace has sunk out of use. The river has gone away and left the landings. But life does not forsake any place.”

“In the Sonoran Desert, Phoenix will get you if the sun, snakes, bugs, and arthropods don’t. In the Mojave Desert, it’s Las Vegas. Up north in the Great Basin Desert, your heart will break, seeing the strip mines open up and the power plants rise…”

“The Negro Baptist church, weathered black with a snow-white door, has red hens in the yard. The old galleried stores are boarded up. The missing houses were burned – they were empty, and the little row of Negro inhabitants have carried them off for firewood.”

“Eventually you see people, of course. Women have little errands, and the old men play checkers at a table in the front of the one open store. And the people’s faces are good.”

“To go there, you start west from Port Gibson. Postmen would arrive here blowing their horns like Gabriel, after riding three hundred wilderness miles from Tennessee.”

“Why go into the desert? Really, why do it? That sun, roaring at you all day long. The fetid, tepid, vapid little water holes full of cannibal beetles, spotted toads, horsehair worms, liver flukes. Why go there?”

“I have felt many times there is a sense of place as powerful as if it were visible and walking and could touch me. A place that ever was lived in is like a fire that never goes out. Sometimes it gives out glory, sometimes its little light must be sought out to be seen.”

“Why the desert, when you could be camping by a stream of pure Rocky Mountain spring water. We have centipedes, millipedes, tarantulas, black widows, brown recluses, Gila monsters, the deadly poisonous coral snakes, and the giant hairy desert scorpions. Plus an immense variety of near-infinite number of ants, midges, gnats, bloodsucking flies, and blood-guzzling mosquitoes.”

“Much beauty has gone, many little things of life. To light up the night there are no mansions, no celebrations. Wild birds fly now at the level where people on boat deck once were strolling and talking.”

“In the American Southwest, only the wilderness is worth saving.”

“There is a sense of place there, to keep life from being extinguished, like a cup of the hands to hold a flame.”

“A friend and I took a walk up beyond Coconino County, Arizona. I found an arrow sign, pointed to the north. Nothing of any unusual interest that I could see – only the familiar sun-blasted sandstone, a few scrubby clumps of blackbush and prickly pear, a few acres of nothing where only a lizard could graze. I studied the scene with care. But there was nothing out there. Nothing at all. Nothing but the desert. Nothing but the silent world.”

“Perhaps it is the sense of place that gives us the belief that passionate things, in some essence, endure.”

“In my case, it was love at first sight. The kind of love that makes a man selfish, possessive, irritable…”

“New life will be built upon these things.”

“…an unrequited and excessive love.”