“Welcome to Life. There Are Only Hard Facts and Harder Decisions” 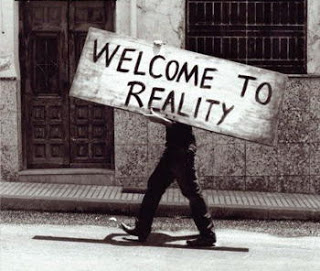 “Welcome to Life.
There Are Only Hard Facts and Harder Decisions”
by Ryan Holiday
“One thing this pandemic has shown is that people have a problem facing facts. I don’t mean facts in the sense of the scientific data, although that’s clearly a problem as well judging by the litany of conspiracy theories that have become acceptable even in polite company. I mean “facts” in the more colloquial sense – of coming to terms with reality and accepting it on reality’s terms. Just look at COVID-19.
We’ve taken a merciless, apolitical, indifferent but pretty well-understood virus, scientifically speaking, and turned it into a divisive, partisan argument. Every molecule seems subject to debate, because we have somehow come to believe that what we think about it, or our own personal needs in relation to it, have some relevance to its airborne spread from person to person, and its ability to kill with ruthlessness and painful efficiency.
Perhaps nothing captures this impotent rage better than a tweet I saw from Laura Ingraham: