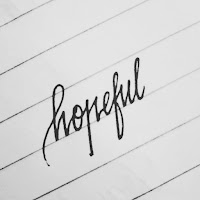 "The Most Hopeful Scenario for 2021"
by Charles Hugh Smith
"From the point of view of evolution, the most hopeful scenario for 2021 is the sudden and complete collapse of everything that is obsolete, inefficient, ineffective and sclerotic. When obsolete systems and entities pass away quickly, the cost and pain are processed and absorbed quickly as well: enterprises go bankrupt and their assets are liquidated, failed ventures close, and schemes that didn't yield the desired benefits are scrapped. This is the evolutionary process. Whatever has lost its selective advantages will succumb to selective pressures and fade away.
The problem arises when self-serving insiders siphon resources to keep their obsolete, inefficient, ineffective and sclerotic gravy-train protected from selective pressures. Keeping a terminally ill human alive is an analogy: it's possible to extend the life of a terminally ill person at enormous expense and effort, but the patient isn't restored to their previous health or vigor - that is no longer even a possibility. They are no longer their previous self, and this is why people choose to avoid extraordinary interventions in their final phase of life.
Economically obsolete/terminal entities, on the other hand, always choose extraordinary monetary interventions to keep their gravy-train alive, even if they bleed the rest of the economy dry in the process. If the buggy-whip industry existed today, Congress would grant it billions of dollars in low-interest loans, tax breaks and direct subsidies so those who made fortunes in the buggy-whip industry would continue to prosper, not from a productive activity but from subsidies and loans that ultimately weaken the entire economy and society.
The problem here is that it's effortless and initially costless to conjure trillions of dollars out of thin air and use it to keep obsolete, inefficient, ineffective and sclerotic industries, sectors, agencies and schemes on life support. The eventual costs, consequences and risks are transferred to the entire economy, all to keep politically protected insiders and schemes well-funded even as their fundamental value proposition has collapsed.
This politically expedient "solution" - printing/borrowing trillions to stave off Natural Selection - is inevitably the first choice of corrupt, failed governments and central banks, and just as inevitably, this expedient "fix" eventually brings the entire economy to its knees.
Recall that risk cannot be made to vanish, it can only be transferred to others. By printing/borrowing trillions of dollars to prop up doomed zombies, the state and central bank (the Federal Reserve) have transferred the soaring risks of their mismanagement to the entire economy and society.
This politically expedient "solution" - saving the most inefficient and costly sectors because of the political power of insiders - is always the first choice of weak and/or corrupt leadership, for whom this is isn't just the first choice, it's the only choice. History is emphatic: over-borrowing and devaluing the currency by over-issuing "money" leads to decay and collapse. The lucky few decay into tourist destinations as the remnants of their past glory retain a nostalgic glow of artistry and power.
The unfortunate many simply decay and collapse. Thus the most hopeful scenario for 2021 is that the obsolete, inefficient, ineffective and sclerotic sectors and agencies, no matter how sacrosanct, collapse or downsize quickly. This drastically reduces the cost and pain to levels that the economy as a whole can absorb.
The worst-case scenario is our weak and/or corrupt government and central bank keep all the doomed zombies on life support, a process that bleeds the economy of adaptability, flexibility, innovation and resilience. The path of least resistance, the politically expedient path - over-borrowing and devaluing the currency by over-issuing "money" - leads to decay and collapse. There is no other possible result, no other possible outcome.
Choose wisely, America, or the options for a positive outcome will vanish like mist in Death Valley on a clear July afternoon."
- https://www.oftwominds.com/
○ 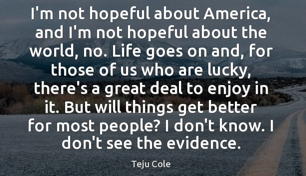 Posted by CoyotePrime at 2:06 AM