"Life Is An Illusion: Playing Your Part " 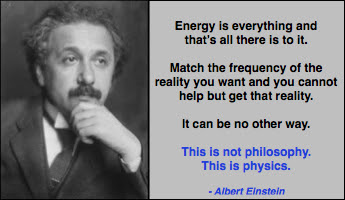 "Life Is An Illusion: Playing Your Part "
by Madisyn Taylor, The DailyOM
"Having the wisdom to know that life is but a dream does not mean that we ignore living. As children, most of us sang that mesmerizing, wistful lullaby that ends with the words, 'Life is but a dream.' This is a classic example of a deep, sophisticated truth hiding, like an underground stream, in an unlikely place. It winds its way through our minds like a riddle or a Zen koan, coming up when we least expect it and asking that we consider its meaning. Many gurus and philosophers agree with this mysterious observation, saying that this world we perceive as real is actually an illusion, not unlike a film being projected on a screen. Most of us are so involved in the projection that we don't understand it for what it is. We are completely caught up in the illusion, imagining that we are in a life and death struggle and taking it very seriously.
The enlightened few, on the other hand, live their lives in the light of the awareness that what most of us perceive as reality is a passing fancy. As a result, they behave with detachment, compassion, and wisdom, while the rest of us struggle and writhe upon the stage in the play of our life. Having the wisdom to know that life is but a dream does not mean that we ignore it or don't do our best with the twists and turns of our fate. Rather, like an actress who plays her role fully even as she knows it's only a role, we engage in the unfolding drama, but with a little more freedom because we know that this is not the totality of who we are.
And life is more of an improvisation than it is like a play whose lines have already been written, whose end is already known. Like an improviser, we have choices to make and the more we embrace the illusionary quality of the performance, the lighter we can be on the planet, on others, and on ourselves. We can truly play with the shadows cast by the light of the projector, fully engaging without getting bogged down."
- http://www.dailyom.com/
○ 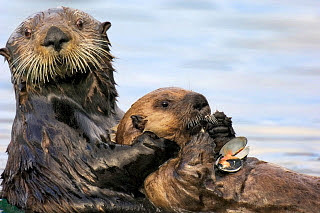 "We are game-playing, fun-having creatures, we are the otters of the universe. We cannot die, we cannot hurt ourselves any more than illusions on the screen can be hurt. But we can believe we're hurt, in whatever agonizing detail we want. We can believe we're victims, killed and killing, shuddered around by good luck and bad luck."
"Many lifetimes?",  I asked.
"How many movies have you seen?"
"Oh."
"Films about living on this planet, about living on other planets; anything that's got space and time is all movie and all illusion,"  he said. "But for a while we can learn a huge amount and have a lot of fun with our illusions, can we not?"
- Richard Bach,
Freely download "Illusions: The Adventures of a Reluctant Messiah"
○
Moody Blues, "Land of Make-Believe"
Full screen recommended.
Posted by CoyotePrime at 3:12 PM