"Inflation and "Socialism-Lite" Are Just What the Billionaires Want" 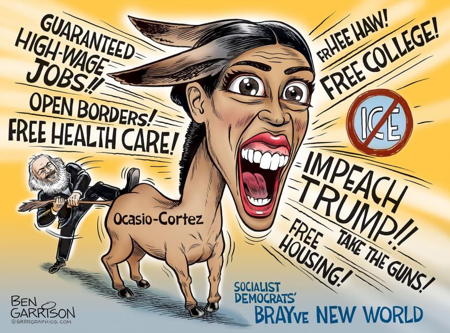 You're extremely rich so you can buy the best advice. Your capital is mobile, and so are you. You can live anywhere and shift your capital anywhere. Your advisors have noted an increase in media chatter on inequality, for example: "The Bill for America's $50 Trillion Gluttony of Inequality Is Overdue", and they're busy preparing plans to weather the storm and preserve your fortune come what may.

It's all too obvious that a claw-back of the trillions plundered by America's 0.1% is now inevitable as the pendulum has swung to extremes of looting and parasitic predation that have destabilized the social and economic orders. So Job One is managing this claw-back politically and financially to leave the fortunes of the super-wealthy either unscathed or even more magnificent after the dust settles.

The super-wealthy have two key weapons at their disposal: inflation and "socialism-light." Once the world's governments borrow and spend enough money supporting all the insiders, bread and circuses for the masses (Universal Basic Income) and giveaways to industry and construction (under the happy rubric The New Green Deal), inflation will be roaring higher in no time.

What do the super-wealthy own? Land, timber, railroads, gold, mining companies and stocks-- all the tangible assets that will maintain or increase their value in runaway inflation. (Recall that "inflation" is not one dynamic; many are protected and others actually gain while the masses are impoverished: "Inflation and America's Accelerating Class War" 9/18/20.)

"Socialism-light" is equally beneficial to the super-wealthy. "Socialism-light" is my term for the Aristocracy's management of the extreme inequalities of wealth, income, power and privilege. The basic idea of "socialism-light" is to spread a thick layer of gooey PR over the same old system of legalized looting, parasitic exploitation and neofeudal predation and then have the government borrow endless trillions to fund bread and circuses for the masses (Universal Basic Income).

But this money-printing-to-the-moon will only increase real-world inflation (as I explained in "This Is Why Inflation Will Rip Everyone's Face Off" 9/17/20), so the end result will be the $2,000 only buys $200 of goods and services.

Meanwhile, the super-wealthy are minting fortunes as everyone desperately seeks a hedge against inflation, which is wiping out cash, low-interest bonds, etc.

Banks - a core source of wealth and power for the super-wealthy - also anticipate this, which is why they immediately sell all the loans they originate to pension funds, sovereign wealth funds and other bagholders whose losses will be stupendous once inflation shreds the value of low-interest rate debt.

Banks won't be able to survive unless they 1) grab the most valuable collateral underlying their loan portfolios and 2) move their lending into short-term debt so they can jack up interest rates to match inflation.

Meanwhile the gooey, easily digestible PR will include a "wealth tax" that ends up being a pinprick on the total wealth of the super-wealthy who have sequestered their wealth in philanthro-capitalist foundations that are nothing but power grabs by other means, and various other forms of legalized looting.

The "wealth tax" will end up stripmining professionals and entrepreneurs, not the super-wealthy. Those earning $1 million with a net worth of $20 million will be gutted, while those worth $5 billion will pay a pittance. This is the inevitable result of the best government money can buy.

Eventually the entire house of cards collapses and if there is no replacement of the current political power structure that actually changes the way currency is created and distributed, the pathways to ownership of capital and labor's share of the economy, then the system will simply return to the existing inequality with a new currency.

Money-printing, inflation and "socialism-light" are just what the super-wealthy ordered: so by all means spark runaway inflation with "free" (heh) bread and circuses, provide trillions in "stimulus"to corrupt insiders, industry giveaways (New Green Deal, carbon credits, etc.), and slap a feel-good "wealth tax" that mysteriously misses the super-wealthy but guts the tattered remains of the productive class.

After a bout of inflation and "socialism-light", we could end up with even more extreme inequality when the whole rotten structure collapses. Be careful what you wish for and cui bono - to whose benefit? To answer that, look beneath the gooey layer of PR.

It doesn't have to be this way. My new book outlines a much different way of organizing capital, labor and the creation of money: check out the free bits: Excerpts of the book (PDF) "The Story Behind the Book and the Introduction."
- https://www.oftwominds.com/
Posted by CoyotePrime at 1:54 PM