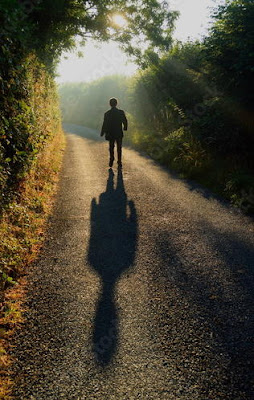 “Leavings”
“In time a man disappears
from his lifelong fields, from
the streams he has walked beside,
from the woods where he sat and waited.
Thinking of this, he seems to
miss himself in those places
as if always he has been there.
But first he must disappear,
and this he foresees with hope,
with thanks. Let others come.”
- Wendell Berry
○
“Perhaps as he was lying awake then, his life may have passed before him – his early hopeful struggles, his manly successes and prosperity, his downfall in his declining years, and his present helpless condition – no chance of revenge against Fortune, which had had the better of him -neither name nor money to bequeath – a spent-out, bootless life of defeat and disappointment, and the end here! Which, I wonder, brother reader, is the better lot, to die prosperous and famous, or poor and disappointed? To have, and to be forced to yield; or to sink out of life, having played and lost the game? That must be a strange feeling, when a day of our life comes and we say, “Tomorrow, success or failure won’t matter much, and the sun will rise, and all the myriads of mankind go to their work or their pleasure as usual, but I shall be out of the turmoil.”
- William Makepeace Thackeray, “Vanity Fair”
Posted by CoyotePrime at 2:34 PM