"Failure of the 'American Model'” 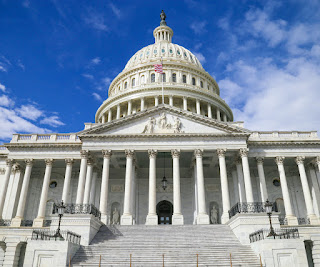 "Failure of the 'American Model'”
by Bill Bonner
BALTIMORE, MARYLAND – "Yes, today we bite into the mushroom. So, make sure you are in a “safe space.” And keep a stomach pump handy. Let’s begin with another Argentine-style headline, this time from the U.S. Here’s MarketWatch: "The largest COLA hike in 40 years is coming to Social Security in 2022 – what that means for your retirement. The cost-of-living adjustment in 2022 will be 5.9%, according to the Department of Labor. It will be the largest increase to COLA in 40 years, and a boost to Social Security beneficiaries’ checks."
In the U.S., as in Argentina, politicians have promised to “transfer” money from the rich to the poor. The mathematics of it is simple: there are a lot more poor voters than rich ones. And each vote is equal. But the rich are also powerful. They have lobbyists. And most of the people who control the government – the elite – are rich themselves. So the politicians tend to go easy on the taxes… leaving loopholes for themselves and their rich friends.
Politically Irresistible: The long-term political logic is irresistible, too. In both countries, a majority of voters now depend on the feds for (at least some of) their daily bread; naturally, they lick the hand that feeds them. In both countries, transfer payments are adjusted to the inflation rate. But the feds create the inflation… and compute the inflation rate themselves. And when inflation is running hot, the adjustments never quite keep up.
So governments can still “adjust” their obligations and promises (Social Security, Medicare, even U.S. bonds)…and still use inflation to rob the public.
But let us pause… let us back up… more… more… This is a big scene… We need to step way back to take it all in… so we can appreciate the cesspool grandeur of it. Why would governments need to rip off their own citizens? Isn’t this the Age of Abundance… where there’s plenty for everyone… and (at least in developed countries) over-eating is more of a health problem than hunger? And don’t we have thousands of Ph.D. economists working for the government? Can’t they figure out how to make the economy produce the wealth we need… and match expenses with income, without having to cheat people?
The short answer is: no. The “American model” doesn’t work. Why… and how… is what we are exploring now.
Futile Progress: Oh, Dear Reader… we are just beginning to nibble on the magic mushroom… Our head spins already. And suddenly, the dots come together. Before, we only saw through a glass darkly; but now, face to face… Human progress has been going on for a long, long time. We learned how to harness horses… and then, how to harness the atom.
Our institutions evolved, too… both political and economic… from the family-based tribe to the Delaware-based corporation…And the most important thing we learned was how to make progress – how to increase output per hour… and what kind of stop lights and roundabouts we needed to help keep the economic traffic flowing.
But “progress” only has value if it is connected to human choices. Suppose you figured out how to turn wine into water. It might be a tech tour de force. But people would still laugh at you. It would be like putting in a highway to a place no one wanted to go. And where do people want to go? You have to let them tell you.
Evolution of Democracy: That’s why “democracy” was supposed to be such an improvement. “The people” could speak out, loud and clear, at every election, forcing the government to respond to their wants and needs. And it’s why the “progress” in human government generally led us away from strictly controlled and highly regimented societies toward more individual liberty, where people could decide for themselves what they wanted..
From serfdom to freedom… and from raw power to persuasion; that was progress. Three 20th-century backtests confirmed it… Nazi Germany, Soviet Russia, Communist China – in these regimes, the elites did the deciding for everyone. People were told what to do. Prices and output were centrally controlled. Alternative points of view were eliminated. And the result was less wealth… and less progress. By 1991, all three major experiments had been judged failures (leaving only those in backwaters such as Cuba and North Korea to stumble on).
And here we are today, informed by those marvelous episodes (at a cost of more than 100 million lives)…and graced by modern, consensual democracy.
Broken Democracy: But something is wrong. People are leaving their jobs in droves – 4.2 million in August alone, according to the latest Labor Department update. We have less and less control over our own government… while we are subject to more and more of its laws, rules, edicts, and mandates. Our choices are narrowing. Growth rates are declining. Consumer inflation is going up. Debt is increasing. Anger is rising. And the rip-offs are getting worse. How come? Monday, we will take a bigger bite."
- www.rogueeconomics.com
Posted by CoyotePrime at 10:29 AM