"Everything Solid Melts into Air" 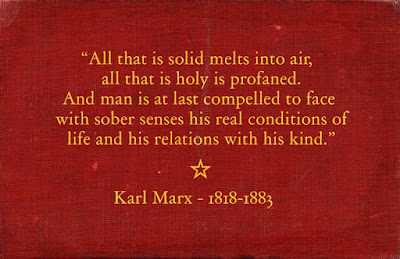 "Everything Solid Melts into Air"
by Charles Hugh Smith
"We know we're close to the moment when Everything Solid Melts into Air when extraordinary breakdowns are treated as ordinary and the "news" quickly reverts to gossip. So over 4 million American workers up and quit every month, month after month after month, and the reaction is ho-hum, labor shortage, blah, blah, blah, toy shortage for Christmas, oh, the horror, blah, blah, blah.
These are large numbers. Over 10 million job openings and 6 million hires and 6 million "separations," i.e. layoffs and the 4.3 million voluntary quits. The happy story promoted by the corporate media is that this enormous churn is the result of shiny, happy people moving up the work food chain to better paying jobs. We know we're close to the moment when Everything Solid Melts into Air when every breakdown is instantly reworked into a happy story in which everything is getting better every day, in every way.
The reality nobody in power wants to acknowledge, much less address, is that millions of workers are opting out or burning out and they're not coming back. Another happy story promoted by the corporate media is that once all the gummit freebies ended, the lazy no-good workforce would be forced to take whatever wretched job the billionaires need done at low pay and zero benefits. (But hey, you qualify for food stamps, so it's all good!)
A substantial share of the workforce has declared "up yours" and another share has been so burned out by overwork and constant pressure that they're done: they can no longer work at this pace and for that many hours. This enrages the lackeys, toadies, apparatchiks and apologists of the billionaires: how dare you escape from forced labor! The whole economy is based on the bleak choice of take the job we offer or starve.
The "innovation" (pay attention, neofeudal lords) from SillyCon Valley is to offer an illusion of "choice" in this forced labor system: in the gig economy, you get to "choose" between Gulag Camp One (low pay, long hours, zero benefits and zero security) and Gulag Camp Two (low pay, long hours, zero benefits and zero security).
Wow! Who knew "choice" was so life-changing? In a similar fashion, when you can no longer afford rent, utilities, etc., then you get a "choice" of living in your car, if you have one, or fashioning a crate-tent "home" or taking over the ruined camper left by the guy who made the one-way trip to the morgue.
That the neofeudal lords and their lackeys offer the debt-serfs "choices" of forced labor would be comic if the results weren't so tragic. The neofeudal status quo is so busy chasing down escapees from the forced-work Gulags that it won't notice its Wile E. Coyote moment when Everything Solid Melts into Air." 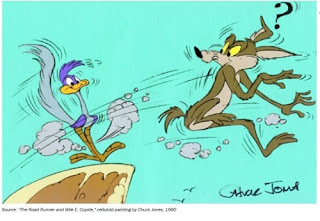 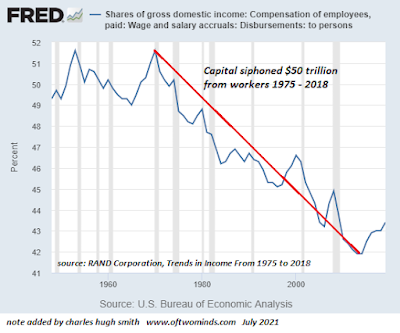 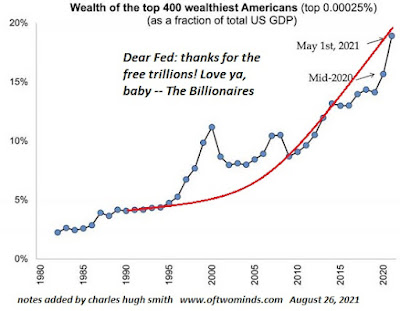