"Today’s Inflation Is Deliberate… and Disastrous" 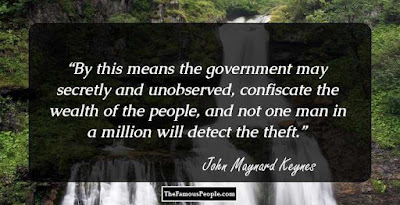 "Today’s Inflation Is Deliberate… and Disastrous"
by Bill Bonner
"As I’ve been describing in recent Diaries, the financial markets are beginning to realize that the coming inflation is not “cyclical”… It is structural. The distinction is important. Cyclical inflation is more or less benign. It is a feature of the business cycle. As the economy heats up, demand grows for consumer products and the raw materials to make them. This is a healthy trend, but it engenders an immediate feedback loop. That is, the demand for financing increases.
Businesses need financing to boost output and meet the rising demand. Consumers need financing, too. They enhance their lifestyles – with new houses and new cars – counting on rising incomes to help pay for them. This increasing demand for credit raises interest rates, which tends to cool down appetites for both credit and further consumption. Price inflation subsides… interest rates decline… and growth rates cool.
Related to and concurrent with this phenomenon is the government’s need for credit. In an economic expansion, the government also expands. And it tends to absorb credit like a sponge. In a healthy and honest financial system, this is self-limiting, too. Excess government borrowing “crowds out” private borrowing (because the feds are the most reliable borrowers in the world). This raises interest rates even further… thus putting the kibosh on the expansion… and usually leading the Chamber of Commerce, among others, to call on the feds to back off.
Fake Money and False Pretenses: But cometh the Federal Reserve’s fake money, and the whole cyclicality of it collapses. Prices rise, not because a robust economy has increased demand… but because the government has created fake dollars that bid for goods and services just as if they had been gotten honestly. Then, too, consumers, businesses, and the government itself can borrow as much as they want – because the Federal Reserve, through the banking system, is creating new credit at will.
Interest rates do not necessarily rise… because the feedback loop has been severed. The Fed provides fake savings, indistinguishable from real savings… which keeps lending rates low. Even the ever-alert financial press cannot tell the difference. Hardly a day passes without a report that the “U.S. savings rate is soaring” or that “Americans are sitting on a huge pile of savings.”
How could savings increase when GDP is down… unemployment is up… and millions of small businesses are going broke? How is that possible? It is possible because a crisis – especially one where millions of people are under house arrest – always reduces consumer spending. But this time, the savings rate is altogether a different thing. Much of what people “save” today is money they never earned. It is money given to them by the generous folks at the U.S. government. It is fake money, given away on false pretenses. And now, it is fraudulently described as “savings.”
These ersatz savings help depress interest rates, until people realize how it works. Then, they see that the incipient inflation is not cyclical. It is structural. It is part of the government’s program… a program that the feds can’t stop.
Intentional, Deliberate, and Disastrous: Prices are beginning to rise, in other words, not because a real boom is increasing demand for goods and services. Instead, fake demand – a bigger supply of dollars – is driving up prices, with no offsetting increase in goods or services. This phenomenon has a feedback loop of its own. But it’s not self-correcting… It’s self-destructive.
Instead of increasing interest rates and thereby reducing demand for credit, the fake money increases debt loads, dependency, and the need for more cheap credit – more money-printing – to keep up with it. This time, governments are not encouraged to cut back on their programs to prevent “crowding out” private borrowers.
Instead, they’re begged to step up their money-printing, to spend more money, to buy more bonds (or, later, stocks too), to provide more “stimmy” money, to build more highways, to control the planet’s temperature, to right the wrongs of the past, and to look into the changing future and make sure it never happens.
Investors soon figure out that this means higher prices and less output. They take steps to protect themselves… And the government takes steps to prevent them from protecting themselves. “Structural inflation,” in other words, is not a natural feature of the business cycle. It is government policy. Intentional. Deliberate. And disastrous."
- www.rogueeconomics.com
Posted by CoyotePrime at 7:58 AM