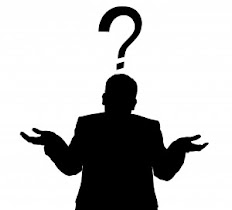 "On Saying 'I Don't Know'"
by Chet Raymo
“Johannes Kepler is best known for figuring out the laws of planetary motion. In 1610, he published a little book called “The Six-Cornered Snowflake” that asked an even more fundamental question: How do visible forms arise? He wrote: "There must be some definite reason why, whenever snow begins to fall, its initial formation is invariably in the shape of a six-pointed starlet. For if it happens by chance, why do they not fall just as well with five corners or with seven?"
All around him Kepler saw beautiful shapes in nature: six-pointed snowflakes, the elliptical orbits of the planets, the hexagonal honeycombs of bees, the twelve-sided shape of pomegranate seeds. Why? he asks. Why does the stuff of the universe arrange itself into five-petaled flowers, spiral galaxies, double-helix DNA, rhomboid crystals, the rainbow's arc? Why the five-fingered, five-toed, bilaterally symmetric beauty of the newborn child? Why?
Kepler struggles with the problem, and along the way he stumbles onto sphere-packing. Why do pomegranate seeds have twelve flat sides? Because in the growing pomegranate fruit the seeds are squeezed into the smallest possible space. Start with spherical seeds, pack them as efficiently as possible with each sphere touching twelve neighbors. Then squeeze. Voila! And so he goes, convincing us, for example, that the bee's honeycomb has six sides because that's the way to make honey cells with the least amount of wax. His book is a tour-de-force of playful mathematics.
In the end, Kepler admits defeat in understanding the snowflake's six points, but he thinks he knows what's behind all of the beautiful forms of nature: A universal spirit pervading and shaping everything that exists. He calls it nature's "formative capacity." We would be inclined to say that Kepler was just giving a fancy name to something he couldn't explain. To the modern mind, "formative capacity" sounds like empty words.
We can do somewhat better. For example, we explain the shape of snowflakes by the shape of water molecules, and we explain the shape of water molecules with the mathematical laws of quantum physics. Since Kepler's time, we have made impressive progress towards understanding the visible forms of snowflakes, crystals, rainbows, and newborn babes by probing ever deeper into the heart of matter. But we are probably no closer than Kepler to answering the ultimate questions: What is the reason for the curious connection between nature and mathematics? Why are the mathematical laws of nature one thing rather than another? Why does the universe exist at all? Like Kepler, we can give it a name, but the most forthright answer is simply: I don't know.”
- http://blog.sciencemusings.com/
Posted by CoyotePrime at 3:36 PM