Jim Kunstler, "The Perfect Storm Is Bearing Down" 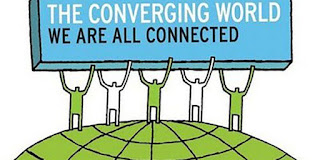