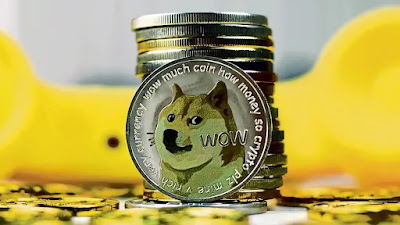 "So Cereal… Wow!"
by Bill Bonner
BALTIMORE, MARYLAND – "Two remarkable stories have been taking shape this week – indicating a further separation of the ridiculous from the sublime. Like castaways on icebergs, drifting farther and farther apart… doomed… damned… dismally dipping into the dark, dank deep…Evergrande and Shiba Inu might have waved to each other…as each waited to sink. And today, Evergrande, its feet already wet, approaches its moment of truth.
Iceberg Season: Evergrande is a real company. It operates in the real world and provides a real product – real estate. But it borrowed money at an unreal rate – made artificially low by the flood of U.S. dollar credit washing over the globe. It used the money to buy real things – cement, steel, and labor. And it earned real money, too, when it sold or leased its properties.
The details hardly matter. All you need to know is that Evergrande is huge… the biggest developer in the world’s largest property market – China. Misled by low interest rates and seemingly inexhaustible demand, Evergrande is also deeply in debt, with more than $300 billion of liabilities. Today, it faced a deadline to pay $45 million in overdue debt service. (Word on the street this morning is that it looked under the seat cushions and found the cash… to be confirmed later.) And if it really made today’s payment, it has five more just like it to make before the end of the year.
Investors are wary… they’re selling off Evergrande and its bonds, which yesterday, were going for about an 80% discount. And the beleaguered company is not alone. Icebergs fill the oceans.
In China alone, several major developers – Fantasia Holdings, China Properties Group, Modern Land China, and Sinic Holdings – have defaulted this month. Others can hear the ice cracking beneath their feet.
Tianji Holding (a subsidiary of Evergrande) has $82.5 million in coupon payments due November 6. And all together, China’s property sector will have to pay $84 billion in debt service over the next five quarters.
Different Kind of Reality: If only…instead of building malls, houses, apartments, offices… and other useful things…it had merely bought nothing… well… nothing in the form of the parody of the joke of the farce… of the enigma… known as Shiba Inu.
While Evergrande faces its moment of truth, Shiba Inu, still high in the water, approaches its moment of maximum falsity. Shiba Inu operates in a different kind of reality. It has no corporate headquarters. Nor any shareholders. Nor any sales. Nor any credit. Nor does it provide any product or service. It owes no money. It answers to no board of directors. And it doesn’t seem to give a “woof” about its creditors; it has no debt… no obligations… no quarterly “earnings” calls with investors… not even a parking lot where it is obliged to pick up the trash. It is just something that you can buy… for no apparent reason, other than it is available for purchase.
Shiba Inu is a breed of dog. It became popular with crypto enthusiasts in 2013, after it became the face, or let us say the image, on the Dogecoin (DOGE), which was meant as an inside joke by its creators, Billy Markus and Jackson Palmer. Then, the Shiba Inu coin (SHIB) was created as a “dogecoin killer” by someone, who – like the creator of bitcoin – wisely decided to remain anonymous, but who goes by the name Ryoshi, which means “hunter” in Japanese. There is also a Shiba Inu “meme,” which involves putting adjectives and adverbial modifiers together inappropriately, such as saying, “The coin is much valuable… Wow.”
Hypersonic: Knowing these facts, however, would in no way give you an advantage as an investor. You might conclude, for example, that the whole thing was like a game you weren’t invited to play. You buy a coin. Others buy one, too. Noticing that it is moving up, you buy more. And then you ask: Why did anyone buy it in the first place?
With a quadrillion coins in circulation, the “Shib” would not seem a very likely improvement on the U.S. dollar, neither as a store of value nor as a means of exchange. Nevertheless, the Shiba Inu has gained value, not steadily… but more like the rocket the Chinese recently tested. It went hypersonic, say the papers. In the case of the Shiba Inu, it gained 33% on Wednesday… bringing it up more than 158 million percent since its debut in August 2020. The coin… or whatever it is… is now worth more than Deutsche Bank.
Evergrande could disappear beneath the waves any day. As for the Shib… it may soon be doing the very cereal, much wow doge-paddle, too."
- www.rogueeconomics.com
○
Related:
"Blain: Financial Assets Are Effectively Doomed"
Posted by CoyotePrime at 10:14 AM