"Skimpflation, Shrinkflation and the Rising Rebellion of Workers and Consumers" 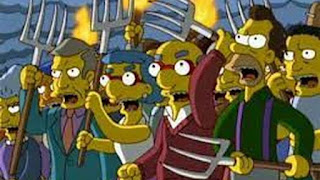 "Skimpflation, Shrinkflation and the
Rising Rebellion of Workers and Consumers"
by Charles Hugh Smith
"We all see shrinkflation on a daily basis: the 16 ounce container is now 13 ounces, the breakfast cereal box is now so narrow it topples over, and so on. More subtly, the quality of ingredients is also diminishing: sharp-eyed consumers note that salt, sugar and "artificial flavors" are increasingly used to mask the decline of quality as producers scrape the bottom of the barrel to eke out a profit.
A recent NPR article proposes another form of untracked inflation: Skimpflation, the decline of services as prices march higher. "Meet Skimpflation: A Reason Inflation Is Worse Than The Government Says It Is" (via C.A.).
The article notes that skimpflation isn't just a reflection of greedy corporations squeezing consumers to fatten profits (cough, Disney, cough) - Skimpflation is a direct result of the workforce declining to take jobs in which they are treated as chattel.
The article mentions the wholesale decline of service that traces back to the shortage of labor: long waits, spotty maid service (hey pal, you try lifting those super-jumbo mattresses to tuck in sheets all day long for garbage-level pay), the demise of breakfast buffets and Disneyland's still-defunct tram service (entry prices have soared, but never mind - you have to come here, right, because we brainwashed your kids, so pay up and shut up because you have to pay, there is no way out.)
As I have been saying for some time, labor has been devalued and denigrated for decades, most recently in my conversation with Max Keiser. In an economy obsessed with measuring money, economists focus on pay and benefits, as if those metrics are all that matters. What about being valued, having some say about one's work, being respected for one's efforts and earning dignity, not just rapidly depreciating dollars? None of those realities ever enter mainstream economics, but that doesn't mean they don't exist. It's not just low pay that makes work wretched, it's being treated as an object owned by the employer. Exploitation comes in many flavors, and they all taste bad.
There's another factor left out of economists' obsession with counting dollars: the public is increasingly unhinged, and those having to deal with the public are paying an increasingly steep price. Flight attendants are being assaulted, workers are being threatened, cussed out, etc. Who wants a job where someone seeking to vent their rage can unload on an employee?
Labor's quiet rebellion is feeding a self-reinforcing feedback loop of collapse: Corporate America, so accustomed to treating its workforce like donkeys - just load on more work - has responded to labor shortages by increasing the workload of those still on the job, burning out the remaining employees in the process.
This Darwinian feedback - those willing to stay on the job are soon crushed by overwork and screaming customers - increases the pressure on managers to cut services and load more work on whomever is left as the sole means of meeting management's relentless demands for more sales and profits as the means to do so fall off a cliff.
The Financial Nobility's answer - give the super-wealthy more trillions - isn't trickling down to the real world. Conjuring money out of thin air while changing absolutely nothing in the real-world economy is not going to force workers to take chattel jobs which only get more oppressive with each passing day.
Imagine the berobed noble being driven down from the castle to address his army of indebted serfs and you have a snapshot of Corporate America: oh how sweet and endearing the noble's false phrases of appreciation, and then the whip comes out. It's not just the workforce that's rebelling - consumers will eventually rebel, too. The solution to corporate scrimping on service is to simply stop giving them money. Don't wait in line for diminished products, don't book the room or flight, do something better (and more satisfying) with your time and money.
The returns on trying to make all this go away by giving another trillion or three to the super-rich are diminishing fast. Quiet Rebellion leads to mass exodus which leads to a death-spiral of diminishing spending, debt and the quantity and quality of goods and services, because the Prime Directive is increase profits or you're gone.
While Corporate America is focusing on preserving its precious profits, precious stock market bubble and even more precious billionaires, its customers and workforce are rebelling by walking away. Good luck wooing them back with declining quality in both jobs and products. While we glorify self-glorifying, supremely arrogant billionaires, the economy is quietly collapsing beneath the rah-rah cheerleading narrative. Reduce the purchasing power of wages for 45 years as you load on more work and eventually the banquet of consequences is served: Hey Mr. Billionaire, take this job and your rocket and shove it."
- https://www.oftwominds.com/
Posted by CoyotePrime at 6:56 AM