"Plight of the Callow Youth" 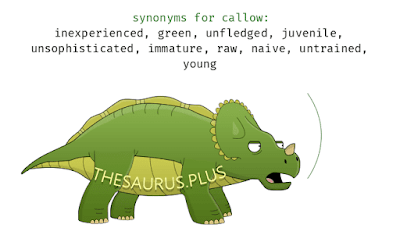 "Plight of the Callow Youth"
by Bill Bonner
POITOU, FRANCE – Picking up from where we left off…our poor callow youth have been dealt some low cards. This week, we’ve struggled to connect the dots. What was the connection, we wondered, between…
Fewer people owning their own homes;
Millions of people facing eviction when the feds’ reprieve expires;
A “transitory” society… with cars, houses, offices shared, rented, or leased, rather than owned outright;
Falling rates of marriage; falling births;
The Federal Reserve’s ultra-low interest rates (the Fed has been lending money at below zero for nearly 12 years straight); rising asset prices;
And the towering wall between the many, who are poorer today than they were 50 years ago… and the few, who are much richer?
It was while we were wondering that another news item came in, from journalist Allan C. Brownfeld: "In a Gallup Poll this June, only 63% of American adults say they are “extremely proud” or “very proud” to be American, the lowest level of patriotism ever recorded since Gallup first asked the question in 2001. Among the youngest people surveyed, only 4 out of 10 respondents age 18-34 claim to be extremely or very proud of being American."
Is it any wonder?
America’s Capitalists: Yesterday, we looked at why young people find it hard to buy a house. They’re now bidding against investment firms like Blackstone and other big players with access to billions of dollars at near-negative real rates, provided by the Fed. And they’re not about to join America’s capitalists any time soon, either.
At today’s prices, it would take them 1,400 hours of work to buy the Dow… compared to only 160 hours for their parents. It’s similar even for automobiles. While not the same kind of asset, an auto is a major purchase. And as prices rise, it becomes harder and harder for marginal earners to afford it. They have to rent… lease… or string out car payments.
Fantasy Currency: We have given the basic figures many times. We do so again just to highlight the plight of the callow youths of today. We entered the workforce, with no student debt, in 1971. That was also the fateful year in which Richard Nixon turned the dollar into a fantasy currency and began the War on Drugs.
In 1973, the F-150 sixth generation came out, with a manufacturer’s suggested price of $2,889. At an average wage of $4 an hour, we could have worked 722 hours (forgetting taxes) to buy the truck. Today’s young man, just starting out, would have to work 1,200 hours for his wheels – even the most basic model. To make a long story short…
Queering our money was bound to have unexpected costs. The young are now getting the bill. Let’s look at how this came to be.
Quack Economics: First, the new, fake dollar financed the transfer of the U.S. manufacturing sector to lower-cost labor markets overseas. It was easier to print money than to earn it. So the U.S. allowed China, Vietnam, and Mexico to do the work. We merely printed the money with which to buy the finished products. This brought a flood of cheap goods into America and helped to put off the inevitable consumer price inflation. But it left a whole generation of young people with few good-paying jobs.
The lack of a good-paying, blue-collar career track caused young people to go to college. And so, they spent some of the best years of their life being indoctrinated in the latest fads and fashions of quack economics, sociology, and anti-racist training. And now, they believe the U.S. invented slavery… and that if we don’t all get vaccinated and begin driving electric cars, we are damned to Hell.
Soft Hands, Mush Minds: Alas, in the real world, you get wealth not by handing out claptrap… but by providing real goods and services. And now, with soft hands and mush minds, what are the young to do? Their fathers (and often, mothers, too) made things. But in the 21st century, the good jobs in manufacturing are largely gone. Young people are much more likely to find work in the “service” sector. Trouble is, manufacturing workers earn an average of $70,000 a year. Accommodation and food service workers (to take the lowest category) don’t earn half as much.
Pew Research reported last year that more than half of these young adults, 18-29, are now living with parents. That’s more than any time since the Great Depression. What happened?
In this glorious age of artificial intelligence, blockchain, and the Fed’s nifty “dynamic stochastic” model…you’d think all these bright eyes and bushy tails would be able to afford their own digs… their own cars… and their own families. Instead, they are less likely to have drivers’ licenses… and less likely to own cars or houses… than their parents. And as the bills for the Fed’s money-printing debauch come in… and young people’s costs of living rise… don’t be surprised if they get a little cross."
- www.rogueeconomics.com
Posted by CoyotePrime at 11:14 AM