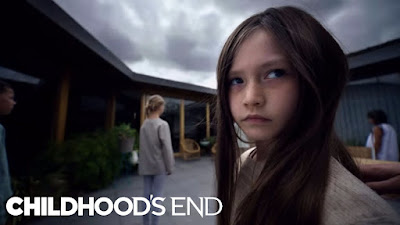 "Childhood’s End"
by Jim Kunstler
“When you’re born you get a ticket to the freak show.
When you’re born in America, you get a front row seat.”
– George Carlin
"The phoniest trope in American life goes like this: We must find the cause of X so that it never happens again. Of course, it will happen again. We only pretend that the cause is a mystery. Let’s count the ways that school massacres happen.
American schools are fantastically depressing places. They are designed to look like medium security prisons and insecticide factories. They send the message: Enter here and be psychologically brutalized. They are too big, overwhelmingly alienating, ugly, devoid of visible symbolism signaling the value of being human. The interiors of the schools are designed for the convenience of janitors, hard surfaces of tile and linoleum that can be hosed down easily like the quarters of zoo animals. Children act accordingly.
The “facilities,” as we call them, are deployed in the illegible landscape of a demolition derby, separated from all the other activities of daily life, which themselves have reached a culminating state of meaninglessness: big box shopping, national chain franchise food installations, strip malls of empty storefronts, parking lot wastelands, nothing that will excite a child’s imagination with emotions other than bewilderment, anxiety, and aversion.
The “teaching” that supposedly goes on in schools is a broken remnant of preparation for an economy that no longer exists. We’re no longer a society of people who do things, but rather a society of people to whom things are done, many of them harmful, humiliating, and arbitrary. America’s demoralized teaching corps is so unhinged by their own anomie that they resort to imposing sadistic fantasies on the children in their charge.
Thus, all the inappropriate curricula around adult preoccupations with sex, such as the Drag Queen Story Hour, for which mentally ill men are invited to act-out impersonations of women-as-monsters for young people who can’t possibly be expected to make sense of the spectacle. (I suspect that even six-year-olds, hard-wired to function as successful animals in this world, understand it as some kind of affront to reality.) Otherwise, American teachers are out of ideas, and are themselves damaged by the same forces in culture that they are now asked to direct.
America has become a malfunctioning pageant without feasible roles that children can realistically project themselves into. What ten-year-old longs to become the Burger King fry-o-later boss in a brown apron and an asinine cardboard crown? Rather, they are prompted to aspire to become sports star millionaires, of which there are perhaps fewer than 5,000 positions in a land of 340-million. By age twelve, they probably comprehend the unlikelihood of that outcome, or of becoming the next Kardashian… or Spiderman. (Superheroes are supplied by the entertainment cartels to occupy the imaginative realm of children because American culture is bereft of reality-based roles worth aspiring to.)
In this tumult of cultural impoverishment, psychotic grandiosity creeps in. Be big if you can’t be anything else. Hence, one achievable role for young persons in American life is mass murderer. It is a way of becoming important, of having an effect on other people and society in general. Your name may be forgotten, but the act itself will endure in the collective memory of a people. It will be some kind of a mark in history, even better remembered, perhaps, than whoever played third-base for the Atlanta Braves in 1994… or the woman who once capered down the red carpet at the Oscars in a dress fashioned on a slaughtered swan.
The mayhem unleashed in a school shooting is just the rectified essence of the manifold derangements in our national life. Everything is out-of-whack, including our perception of what’s going on and what it means. There is almost nothing left of childhood in this land, in the way of young, unformed creatures assisted by adults who love them into a future worth being part of. We have forgotten how to be grateful for having come into this world at all, leaving us unworthy of being here. The quality of virtue, meaning that some things and some doings are recognizably better than others was deceitfully replaced by the equity of nothing being allowed to be better than anything else. Truth and beauty have gone outlaw. Bad faith and wickedness rule, led by the Party of Chaos. So, really, what do you expect? And what do you deserve?"
- https://kunstler.com/
Posted by CoyotePrime at 7:31 AM