"Let Us Count The Ways That America Is Committing Suicide" 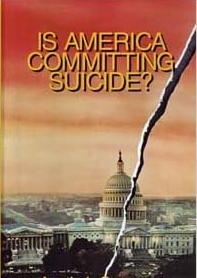