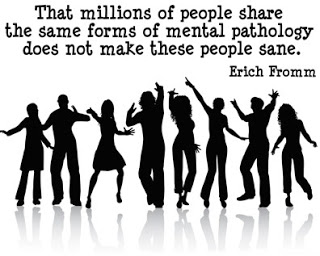 "It was the essence of life to disbelieve in death for one's self, to act as if life would continue forever. And life had to act also as if little issues were big ones. To take a realistic attitude toward life and death meant that one lapsed into unreality. Into insanity. It was ironic that the only way to keep one's sanity was to ignore that one was in an insane world or to act as if the world were sane."
- Philip José Farmer
Posted by CoyotePrime at 8:12 AM