"It’s Going to Be a Long, Cold Winter" 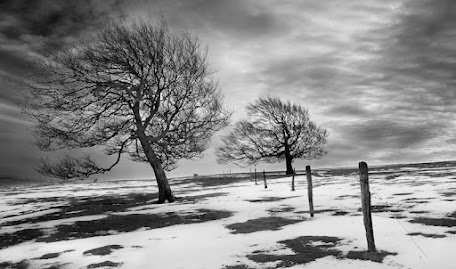 "It’s Going to Be a Long, Cold Winter"
by Bill Bonner
BALTIMORE, MARYLAND – We continue our history of America’s Nightmare Winter. By way of prelude, here’s CBS News: "After California became the first U.S. state to ban gas-powered lawn mowers and leaf blowers earlier this year, more states, including New York and Illinois, are mulling over similar measures."
And this from The Washington Post: "Roughly 45 percent of households are being hurt by price increases, according to a survey of nearly 1,600 people conducted Nov. 3 to Nov. 16. About 1 in 10 said that hardship was severe enough to affect their standard of living, while 35 percent described the hardship as “moderate.”
The effects were most acute in lower-income households, with 71 percent of those making less than $40,000 a year saying they experienced hardship, compared with 47 percent for middle-income households and 29 percent of those considered upper-income. “Most low-income households are already hurting,” said Mohamed Younis, editor in chief of Gallup. “You can only imagine what that’s going to look like in the next few months if this continues to get worse.”
This winter will bring hardships for the poorest among us. But today, we look at another winter – harder… longer… and further in the future. What are the odds of a staggering economic collapse… political and social chaos… hyperinflation… and revolution? One in two? One in ten? We don’t know. But let us continue the tale of “history” we started yesterday. You decide how likely it is.
Flying Blind: In the 2020s, major governments throughout the world were committed to two remarkably implausible policies, highlighted by the news items above. First, they were “transitioning” to a post-fossil-fuel economy, setting a specific temperature target for the planet.
Second, they were funding their programs with “printing press” money. None of the major powers – Europe, America, Japan, or China – had any real money. The real money – backed by gold – was eliminated in 1971, when Richard Nixon closed the gold window. Thenceforth, the U.S. government would no longer honor its promise to redeem dollars for gold presented by foreign central banks.
Since then, they were all flying blind. And that worked, more or less, for the first three decades. Old habits, principles, and customs prevented politicians and central bankers from running wild. Deficits were mostly contained. “Printing press money” was still a rarity. In the late 1990s, America’s Debt-to-GDP ratio was actually going down. But gradually, time-tested reflexes gave way to empire building, “stimulus” fantasies… and free-money temptations. By 2021, all the world’s major economies were running large deficits and headed for bankruptcy.
Over-Reliance on Renewables: And yet, rather than reverse course and let them recover, policymakers doubled down – especially in the energy sector. Internal combustion engines were penalized. Electric vehicles were subsidized. Power plants were decommissioned. Oil pipelines were shut down. New oil wells weren’t drilled. Storage tanks were abandoned. To make matters worse, inflation hindered investment in all new energy projects. With the political and financial sands shifting beneath their feet, nobody wanted to build new power plants or refineries.
Energy from solar and wind struggled to keep up. Unlike oil-fired generators, they were idle much of the time. At night, for example, the solar panels were worthless. And there was no guarantee that they wouldn’t be idle just when you needed them.
In theory, you could make up for it by increasing capacity, giving yourself a comfortable “margin of error.” But that would mean an even greater “investment” in new power sources. In practice, it was impossible to develop enough generating and storage capacity from renewables to replace the more efficient output of market-driven, tried-and-true, old-fashioned gas, oil, and coal.
Supply Strangled By Bureaucracy: And it was a matter of life and death. After all, the world only used roughly 50 exajoules of energy in 1900 – to support 1.6 billion humans. By 2021, it was using 11 times as much – to support five times as many people. What would happen when the power suddenly went out?
The energy system, 1900 to 2020, was developed in a mostly free economy with – until 1971 – reliable money. It had been built out without subsidies or tax credits… and readily adapted to supply/demand pressures. The post-2020 “transition” system was different. It was directed by bureaucrats, regulators, politicians, and meddlers. It was shaped by government, not private enterprise. But government is very different from the private sector. Businesses earn money by providing goods and services – such as gasoline – at a profit. Government never produces a single gallon of gas. Instead, it regulates… restricts… curbs… and controls. It subtracts, in other words; it doesn’t add.
Systemic Breakdown: On paper, the supply of energy – much of it coming from highly subsidized, inefficient, and centrally controlled new “renewable” sources – was adequate. In practice, the system – like the Soviet economy – was rigid and brittle. Then, one especially cold night… with no sun… and no wind – and temperatures falling below zero in half the country – it failed completely. The power system collapsed. Valves froze up. Fuses blew. Ice-covered wires fell. The dark passage had begun. Stay tuned."
- www.rogueeconomics.com
Posted by CoyotePrime at 12:31 PM