“The Myth of Human Progress” 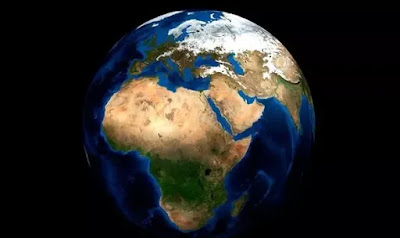 "Are We Headed Into Another Ice Age?" (Excerpt)
by Martin Armstrong
"Our model has projected we are entering another “grand-minimum,” which will overtake the sun beginning in 2020 and will last through the 2050s, resulting in diminished magnetism, infrequent sunspot production, and less ultraviolet (UV) radiation reaching Earth. This all means we are facing a global cooling period in the planet that may span 31 to 43 years. The last grand-minimum event produced the mini-Ice Age in the mid-17th century. Known as the Maunder Minimum, it occurred between 1645 and 1715, during a longer span of time when parts of the world became so cold that the period was called the Little Ice Age, which lasted from about 1300 to 1850."
Please view this complete article here:
- https://www.theburningplatform.com/
Source:
- https://www.armstrongeconomics.com/
○
"Ice Age Shock:
‘Timing is right for the next ice age to come around soon."’
Posted by CoyotePrime at 11:36 AM